ONE FOR THE ROAD - Cinema is Fiending - 39 Photos

The Return of The Trusty Film Camera

Shooting through film in Pittsburgh selfishly brought me much joy to know that, at all times, what I enjoy most is physically existing in a material world rather than some number on a drive (I am admittedly going crazier with age). It was a clear choice for me to once again bring along my trusty Canon 1N as well as my Pentax 67 to create more memories.  Better yet, when my mind forgets they existed, I will still be able to open the binder to find great memories, trials and times with some of the best of friends. Some of these, we may even choose to forget or not talk about until we are ready to laugh over them in the future.

It has been years since the first Fiend X Cinema trip happened in Tulsa. With Cinema and Fiend now being under the same Distribution, it only made sense to do another one.  Not to mention after what both Cory and Nathan did to Pittsburgh, it was clear Cinema was Fiending for more (who isn’t, we all fiend for something in life), and they had their eyes set on getting a mix tape out in time for the Blackout open house on November 11th.  With that in mind, and 12 days set aside for the trip, Fiend decided to bring Garrett, Johnny, and Colin, while Cinema brought Nathan and Chad.

With schools and businesses in session during our trip, the two brands collectively decided to use this trip to give back to the BMX community we all love rather than taking the simple shop/stop approach and only giving love to certain shops. We decided it was best to simply do loose jams at skate parks; nothing to organized or expected. This also gave the non-Cinema riders, Colin and Johnny an opportunity to film for their upcoming Fiend parts.

The trip started off somewhat slow as it was in the San Diego area which half of us consider home.  To me a trip has always started the second you leave your natural habitat in your mind, let free of any pressing stress or issues within your mundane everyday life, and just open your eyes and mind up to the experience what the road delivers.  Luckily, after just two days in San Diego we headed up north to ride leaving me with that same freeing feeling of being on the road.  Truly, this is what I personally Fiend for.

Naturally, there were a few things to deal with first. To start out let’s just put it this way, the first van we rented was a pile of “shit” and frankly not safe!  Luckily, the rental place was able to drop off a slightly nicer van, but one still shady enough not to worry about what we did to it. As we headed out for the first real day of the trip, Garrett quickly realized we needed something to play music on at these jams.  After a quick run to the store and adding in a microphone, I quickly realized what he actually was doing. He was supplying pure entertainment for us all because we all knew there was no way Chad would not be blasting that thing non-stop while rapping over every beat along the way!  I have to say that speaker and microphone did not let any of us down and provided so many laughs.

As we crept our way north, we made the best of any weekday spots we could gather. Yes, southern California truly can be rough spots on a weekday while schools are in. Fortunately, we were able to make it to just enough spots to keep the positivity alive as we saved the more ideal spots for the weekend days. When times or nights got dull we had the speaker and nightlife to keep the fun alive.  The jams themselves, being so loose, led to a great time and a lot of fun with the locals at each stop.  I can’t thank everyone who came out and showed support along the way enough. - KC 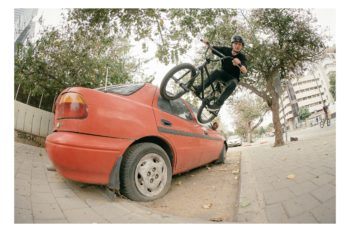 'Against The Grain' - Snapshots 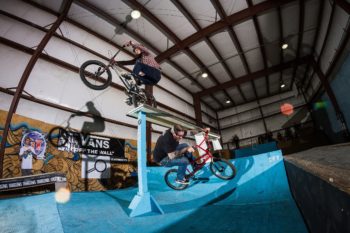 Adding to the tradition at the Wheel Mill in Pittsburgh