"the perfect excuse to blow through some expired black and white film..."

Words and Photos by Kevin Conners*

I am always itching to shoot different film cameras and random films I buy. Maybe it is something about the atmosphere and or the feeling film still gives you that just will never be duplicated on a memory card. Or maybe I just hate the somewhat seemingly perfected standards we all strive for with digital. Either way the feeling of shooting and viewing film is something digital will never give me. With the latest etnies Chapters filming trip starting just a couple hours from my house in Southern California this was the perfect excuse to blow through some expired black and white I have been hoarding, as well as test out a recently fixed range finder and point and shoot. So I packed up some random films dating from 1983-2002. With the idea that I would shoot these rolls loosely and quickly with little to no thought given, just capturing exactly what was happening in the moment.

Thanks to our official DIG partners: etnies.com 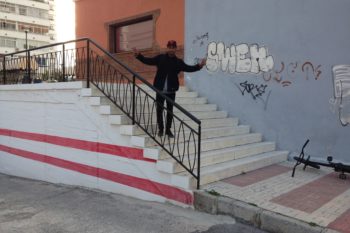 From The Mind Of A Madman 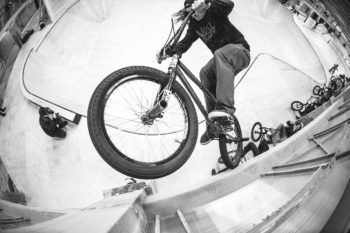