"All in all the jam had every ingredient I consider important to it being one to remember."

Photos and words by Greg Moliterno

"For as long as BMX has been popular in Arizona various organizations have been hosting downtown Phoenix street rides and they always pop off. When Freed Bike Co decided to get involved they did it right and threw a wild one. Kicking things off at downtown Phoenix's Deck Park both a coast to coast fakie and manual contest was issued and completed rather quickly. As the riders steadily began to fill up the park a heavy up rail session ensued. Several crazy things went down including a (to my best knowledge) NBD double peg to hard whip from Coleman who came up from southern Arizona repping the Tech As Shit Crew who was in heavy attendance. From there the mob migrated to the Churches Chicken rail, a downtown favorite, its not usually much of a bust so its always a good choice if your rolling deep. Everyone got to hit the rail a few times including The Gully Factory's Jeff Wescott, who got down on a few high speed combos.

However, the fuzz ended up making it to the jam after all showing up at the chicken spot for an isolated incident involving a tire ride and tie dyed shirt. They were nice enough to let the party carry on, so we then pedaled to a bomb coping ledge spot a short distance away. When we showed up the lot was pretty full so everyone crowded together and used space provided to get a whole slew of clips. All in all the jam had every ingredient I consider important to it being one to remember. The guys at Freed did a great job organizing and executing the affair. Thanks to all the sponsors, a ton of real nice stuff was given away. Most of all thanks to everyone who came out!" - Greg Moliterno 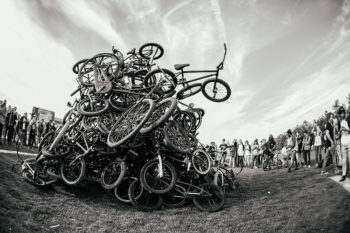 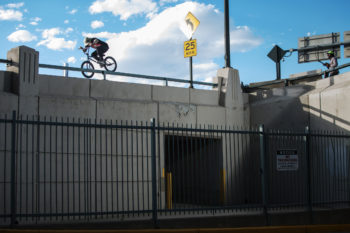 Crack open a hard drive and see what you find...