BACK TO THE BROOKLYN BANKS WITH ANIMAL BIKES

Footage from Mark Gralla, Rone, Mike Miller, and many more

This was really good, you watch this and it almost feels like nothing has changed or the banks weren't/aren't even closed.

"Those iconic red bricks and pillar wallrides of the Brooklyn Banks are legendary. The banks nestled underneath the Manhattan side of the Brooklyn Bridge are one of the most famous spots of all time and known the world over. Throughout the 80s and 90s the Banks were the staple NYC spot, and in 2004, the small side (upper banks) were shutdown by renovation. But the bigger, lower side of the Banks held strong until 2010, when the city temporarily took them over and closed them for use as a “staging area” for work on the bridge. They were supposed to be left untouched and reopened in 2014, but to this day, they are still closed (but thankfully, unchanged). However, with all the staging equipment cleared out and nothing but a fence—and the cops next door—standing between the best spot ever and a city full of riders, it was only a matter of time before someone was going to jump that fence and get their session on. Footage of rebel runs at the Banks has been showing up on social media a fair bit recently, so while I was back East recently with the Animal squad, I knew there was no better way to spend our Sunday than with a session at the Banks. Just to make it clear, the Banks are still not open, but once we were in there doing our thing it instantly felt like they were never even closed."-RideBMX


ANIMAL is an Official DIG Partner 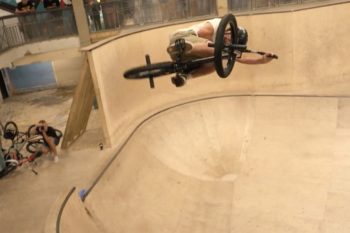 The last 4 spots have been locked in 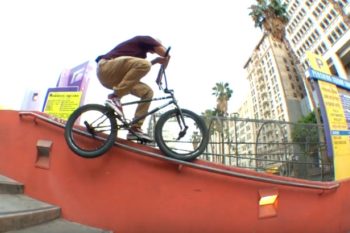 A Los Angeles OG showing he's still got it