Chase Hawk vs the Malaga Wave - ETNIES Chapters 'IN THE CUT'

In conjunction with https://www.etnies.com/ | Edited by Rob Dolecki

During an era where they had one of the most revered and well-rounded teams in modern-day BMX, etnies released the full length video “CHAPTERS” in 2017. With 35 trips over a period of three years, throughout 15 countries, at both legendary and new spots, the team shared good times, friendships, sometimes adversity, and have shed blood, sweat, and tears, along with groundbreaking and sometimes downright scary feats.

Back in 2016, Chase Hawk took a trip around Spain and Portugal with Tom Dugan, and filmed some heavy moves for their respective “Chapters” sections. One of those by Chase, filmed at the incredible Skatepark Of Malaga, never made it into his section. Why, you may ask? Well, the following spring Chase went back out to Malaga for the Pro Cup series, and during his final run, decided to send the outrageous wave ride he had previously filmed once again, while cameras from all angles captured the feat and made it onto the internet throughout countless channels. While he may have had one less clip for his part, Chase ended up with another Pro Cup win under his belt as a result. Here’s a little behind the scenes look from the first time he pulled it, as well as the never-before seen footage of an epic move. 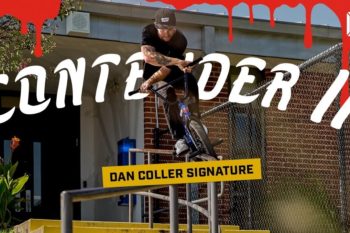 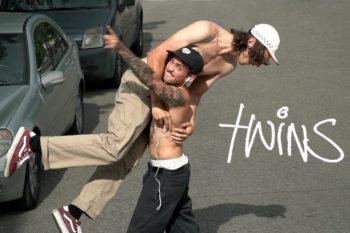