Filmed and Edited by Ryan Fudger

Dans Comp held a jam outside the warehouse and damn they went in on the setup! Everything you could want to ride outside the world's largest bmx mailorder. Ryan Fudger was on hand to catch everything and had this to say.

"In a parking lot next to corn field, quite literally, lies the headquarters of the biggest mailorder in BMX, Dan's Comp. And on this hot Saturday afternoon, they invited riders and locals from all over to their first-ever Parking Lot Jam. Ramps were built, hot dogs were boiled, people sweated, and good times were everywhere you looked. With a super loose format, Scott Towne gave away a bunch of cash via some mini best trick events such as the A-Game on the A-Frame and the 540pm 540 challenge, pulled a couple of audibles on others, and even was dope enough to give away prizes for the longest drive (ended up being over 500 miles from the North Michigan crew) out. Overall, besides the heat making everything soggy, it was a damn good time. Looking forward to next year..." - Ride 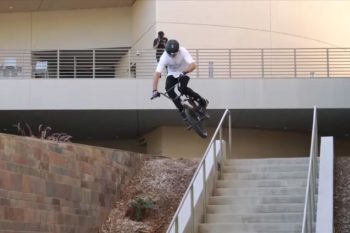 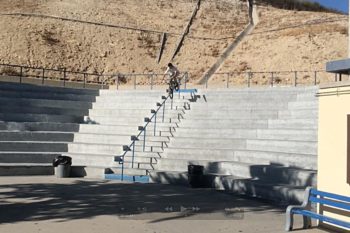 In The Cut: Nick Castillo and David Grant