Utah to California to Australia

We've seen Dave Pendleton's name pop up a few times this past year, credited for videos with Alex Hiam and Boyd Hilder, though it seems like he's been busy all the while clocking footage of himself too.  The culmination of travels from Utah to San Fran to Australia, Dave's 2016 video is a rad one!

"Dave Pendleton is a dude who just loves BMX, loves filming, and seems to travel around quite a bit. I met the guy in California, but he lives in Utah. He made this trip video in San Francisco with Boyd Hilder and Alex Hiam, and he also spent a couple of months in Australia. Over the past few years David has been stacking clips up for this video and today we're excited to release it to you. Filmed along the way by his buds Alex Hiam, Boyd Hilder and Ty Andersen." - Ride BMX

I Love My Bicycle: The Story of FBM - Full Documentary 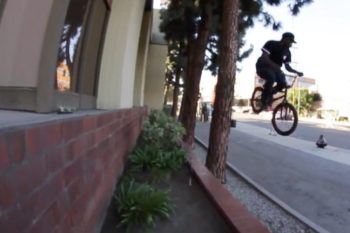