The Story Of Jimmy Levan

A film by Chris Rye In conjunction with DIG | PROPS | VANS

It's moments like these that make it all worthwhile. Jimmy Levan has been a hero for us at DIG and graced the pages of our magazine from the earliest of days, sending street riding in a whole other direction since Road Fools 1 with those enormous gaps in all sorts of wild outfits. Not only did he create a brand and home for the loosest of riders, and entertained us all through numerous episodes of Props with his antics, but he had an equally outrageous string of accidents that could have ended his life. A true one in a million kinda guy. 'Go Fast Pull Up', the story of Jimmy Levan, coming 2018 - a film by Chris Rye.

We first spoke with PROPS OG Chris Rye about creating this documentary in conjunction with DIG sometime early in 2016. Since then he ran with it as only he can and has shaped it into something well beyond our initial expectations. The release next year will be a fitting compliment to our own 25th anniversary of DIG. Here's What Chris had to say about the project in this recent DIG interview. Look for more from Jimmy himself here soon

You are working on a Jimmy Levan doc with us here at DIG too... any further details about this you'd like to share? Hows the progress going?

Yeah we’ve been working on it for about two years now. Jimmy’s such a character you know, there’s a lot of intricacies and details to his story that I really want to try and bring out. There’s something like 35 interviews shot now and am capping it there, at some point you just have to stop. I knew a lot of his story going in but over the course of the interviews I found out a lot more that I had no idea about. So you start examining all these things in an outline and have to sort out which bits are worth exploring and spending time on crafting the narrative. I am producing this as a story about an interesting person…who just happens to ride BMX. I want to appeal to a broader audience than just BMXers, so in going that route you have to explain things more, like details any BMXer knows but some Netflix viewer might not. So it’s a lot of thinking about how to best present the material so the story makes sense to anyone and they understand the context by how it’s put together.

For instance something most BMXers know is when you start out as a racer you learn certain bike-handling skills on the race track due to the competitive nature of what you're doing. You learn how to hold yourself, how to squeeze past the next guy, how to pedal fast as fuck with force and precision. You’re there to cross the finish line first, period. So in Jimmy’s case when he starts doing all these crazy gaps in the late 90s he was able to do them, and had the confidence to even try them, because of skills he learned on the race track. And he was sort of the first guy to go that route having started as a racer. That kind of stuff is interesting to the average person when presented in a way that makes them understand the dynamics of things BMXers take for granted as common knowledge.

The project has proven difficult in that we have all these great interviews but you also need a ton of b-roll, photos and imagery to tell these kinds of stories and it’s scattered all over the place…all around the world really. So in a sense half the production time so far has been spent on tracking all this stuff down.

There was one clip that I searched for 18 months to find, a very specific jumping comp from a specific race from a specific year and all that. I found photos but the thing I was after wasn’t in the photos. Yet in one random photo no one had ever paid attention to before, you could see a row of people in the background and some you could see were filming with shoulder mount VHS cameras. So the footage was out there! Then this photo got circulated around to see if anyone might be able to identify anyone in the background holding a camera, but mind you this photo is twenty-seven years old so god only knows where these people even are now. I thought we'd found someone whose dad may have been standing on a motorhome roof filming, but then the person just stopped responding so that was a dead end. I thought we would never find it then one day out of the blue someone posted a pic from that race on Instagram and someone commented “I have footage of that” and someone tagged me. So then I went after that lead and sure enough, we found the footage on an old random VHS tape from 1990 which the person graciously shipped to me to comb through. Crazy things like that trying to dig up source material, and in this case it’s literally a 5 second clip in the documentary. A lot of time spent on this kind of stuff.

So many people have been helping out tracking down photos; Jeff Z from Ride has been a saviour and sent me Jimmy’s full archive of slides and negatives. Keith Mulligan has helped find a bunch of things as well. Joe Carnall from early Metal days, Sean Burns, Seth Holton and so many other people have dug up photos. So much history from these kinds of stories resides in magazine publisher's filing cabinets. We were just about to get a bunch of imagery from BMX Plus but then literally on my way driving out to look through their stash they ceased publication of the magazine and locked down all the archives. I’ve reached out to a lot of Jimmy’s friends and acquaintances throughout the years and have been able to track down some never-seen-before things that are going to add a lot to the film. Then I was able to go through a lot of the old Props tapes and found all kinds of footage, and of course all the material available from Dig’s archives that wasn’t lost on crashed hard drives or Will’s unorganized mess! (Editors Note: 'Unorganised mess' describes the 25 year DIG archives perfectly!).

I feel there are still some things that might need to be found yet, whether video or photos, but so far we’re looking pretty good on archive material. So now it’s just a matter of sitting down and putting it all together, digging through the interviews to piece the story together in a way that makes sense. Editing is finally started now and I’ll hammer on it all winter cramped up here in Wisconsin. It really needs to just get finished. The film is called “Go Fast Pull Up” and we’re really hoping 2018 can see its release finally. There’s little teaser trailer in the new Props Issue 79 so check it out if you get a chance.

Lastly, Jimmy is considering re-launching Metal to bring back some of the classic shirts they made throughout the years. There’s a new website up at metalbmx.com where people can sign up for updates if they’d like. Thanks all! 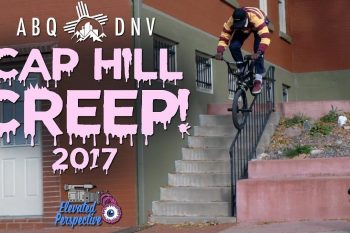 Halloween Jam in Denver goes off 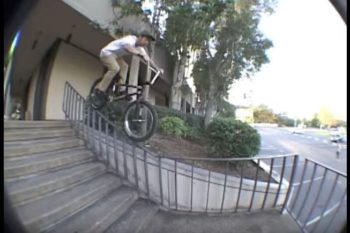