Some of this footage has previously appeared in our editor Will Smyth's old VHS video production 'Bald Iron' but good to see the rest finally resurfacing via Snakebite.

"We are working on a project with Wall 2 Wall freestyle guys on a new history project they are working on. In the next few months they have been gracious enough to hook us up with some unscene footage from some big events in Freestyle history. This is an awesome look at the behind the scenes of the first street contest. 2-Hip put this together in in Santee Ca. in 1988. You may recognize plenty of riders like Chris Moeller, Eddie Roman, RL Osborn, George Smoot, Craig Grasso, Craig Cambell, Spike Jonze, Ron Wilkerson, Pete Augustin, Dave Vanderspeck, & Dave Voelker. This was a turning point in BMX and i'm so excited to be able to share some of this never before seen footage with you! " - Snakebite BMX 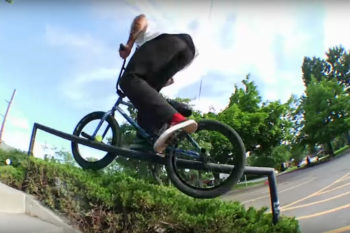 Raditudes - The Name of the Game 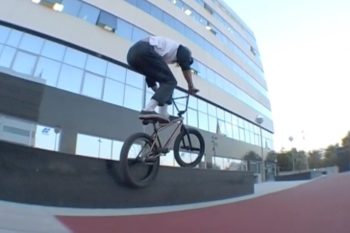 More spots then you can shake a stick at