Filmed and edited by Paul Foster

Southern UK local and GT Bikes team rider Jay Cowley, came through with this twist on the ever popular smoke and lights video concept, throwing some LED's, lazers and even fire into the mix. We asked Jay to tell us a little more about the whole thing...

"Location of the video edit is a Maverick built park in Tiverton, Devon UK. My local - I helped raise money and planning for."

"The man behind the camera is Paul Foster (Tempo Media). Foster being a skateboarding, BMX riding, music making rad dad is just fun and awesome to work with. We both get what we wanna do and get out of something and just have the most fun doing so. But when the time comes he gets the shots and is all over that camera."

THE SMOKE AND LIGHTS

"So idea for this video edit, was to have some fun and make something a lil' different but fun to watch, I'm not a rider who's on the last tech tricks and stuff. So instead we kinda worked with style and effects.

We had a smoke machines with some different coloured smoke, lazer lights, LED lights, building lights and someone's great idea to use some petrol from the genny to set fire to stuff.

So all the fun stuff was supplied by my clothing and beer sponsor NEW DEVON ARMY / NEW DEVON BREWING. Jason at NDA is just a big kid! Works hard but plays ten times harder!

I told him we was going to do a video spot lit at the local park, I got a phone call from him saying "I got a Genny, lights, smoke, Lazers and coloured lights – let’s have some fun an beers and see if we can create something". We set an evening, rocked up to the park had a ride some beers while the sun went down for it to pick up in the camera, so you could see the colour and smoke. I had to ride with just one builder’s light on at a time, so it was pretty dark and really surprised me didn't get a visit for "the one time" (police) as we were lighting the park up with lights, smoke and on fire till near 3am in the morning.

This video won't be for everyone as I don't follow the latest trick combo or fashion much, I just do want I wanna and what feels good to me. Couldn't care what's in or out it’s FREESTYLE!

A wise man once said to me, 'do what feels best for you and not what others want to see from you' – I have always listened what my dad has had to say."

"After phone called and texts with Paul, Jason and me about what we had and ideas I was washing dishes one evening – I'm a family man now – I heard the song on the TV, ran into the front room to see what it was and missed it, this happened a few times. Hearing the advert on TV but by the time I got to the TV it had finished, a few weeks had passed and I was putting some new stock out in my shop and J was humming it. A lil' kid was in the shop an said, "what are you singing the ice song?" I said “Ice song?" and his mum said "sorry he means the magnum advert” – went and looked it up after that and found it was Jack White - John Ball stepper. The reason why I liked this so much was the raw rock sound, not over-worked and to perfect sound. Just felt it would work." 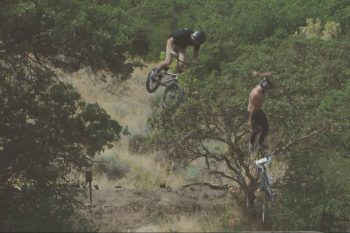 Round Two from SLC 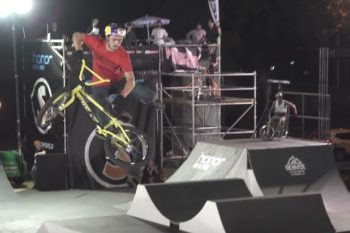 Only the best from FISE in Colorado