Filmed and edited by Darryl Tocco

A good choice for number 13 in Kink's One Hit Wednesday series. Tony Hamlin, Darryl Tocco, and a bit of bad luck in Korea.

"Tony is pretty notorious for losing his temper while filming. He puts a lot of pressure on himself to do crazy shit, and when we're filming for big projects like "Squash It", it's even more extreme. Tony was trying this bar manual to feeble switch whip for some time while we were visiting Seoul, South Korea. It was super cold out and also really windy, two factors that you don't need in your life for barspin to manual lines. Eventually he lost it and sent his bike into this ledge, but since the front of the ledge was banked, the bike went flying, directly into Darryl's LCD screen. Keep it together, Tony." - Kink 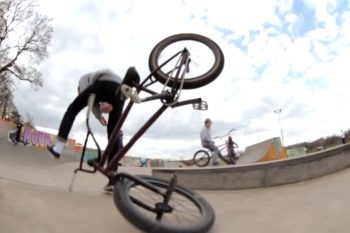 A Day At Saughton

Glasgow's own sending it in Edinburgh 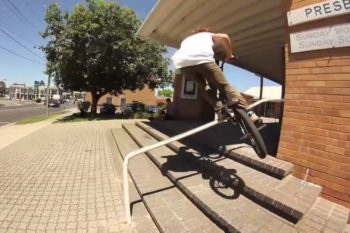