Mikey Babbel's Get One More In Me

Killing it before going under the knife

It's been a shame not seeing Mikey Babbel footage for a while, the guy kills it harder than most even before having to go under the knife! Hopefully Mikey is back soon and we'll be seeing more of the raw talent he possesses.

"Over the past 2 years Mikey has been battling major back issues. At one point it took him off his bike for over 6 months. Earlier this year Mikey was able to get back on his bike to put together a smashing edit together called "Kicking Off Summer". Since then Mikey has been preparing for lumbar spinal fusion surgery.

For most people preparing for surgery would be taking it easy and wait for the day.. Not Mikey, he had to get one more edit out before his Sept 3 surgery date. Here's Mikey's "Get One More In" Edit. I think you'll agree, he's not holding anything back for this edit." - Hoffman 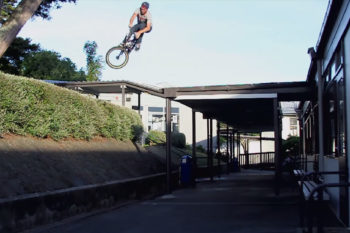 Kiwi on a walkabout 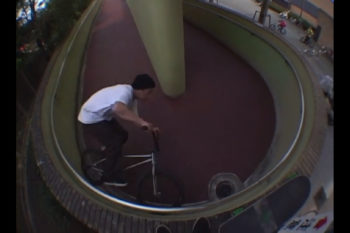 Takao is in a BMX tranny paradise