After many years of searching out and riding the most unique spots he could find throughout the UK and beyond, Owian Clegg still had one itch that could only be scratched by a bit of good old fashioned D.I.Y. ramp building. The unique set of circumstances we all found ourselves in this year finally allowed Owain to find the time to build the loop he's been dreaming of, and dreading, for years. Here's his take on how everything finally came together with the help of his friends over one long day during the endless Summer of 2020.

Throughout the whole process of ‘The Loop’ the biggest battle to overcome was the constant jovial comments regarding my impending doom. I don’t know if it’s an involuntary response to someone putting themselves in harms way or they genuinely don’t believe you have it in you.

“Least you’re not far from the hospital.”

I have wanted to do one for many years, having ridden 4 of the 6 cradles that were/are in the UK I knew it was just a case of commitment. I cannot even imagine how many times the thought has plagued me over the last few years. It finally took a global pandemic and the fact my business like everyone else’s came to a grinding halt for the thoughts to become to much.

After a conversation with Ant Ramsey from Junction 4 and in turn the ever helpful guys from Vison ramps the plans were in place and the CNC machine fired up. We eventually decided (reluctantly from me) to have it 14ft tall. After getting it back to my warehouse it sat there for a couple of weeks, I built up two of the frames to get an idea of size, the scene in Snatch where Vinny Jones character says to the two men pointing replica guns at him . “Like a prick, you are having second thoughts. You are shrinking, and your two little balls are shrinking with you.” sums up perfectly my reaction.

Come the day of the build I ain’t gonna lie, I was nervous, as per usual for me I naively thought we would have it up in a few hours and then could get to work. How wrong I was, it took a solid 9 hours of graft from everyone on their Sunday to get it up. I know I wasn’t the only one that thought throughout the day that this thing maybe wasn’t going to come off. My friends noted how quiet I was all day, anyone that knows me will tell you that’s uncharacteristic. Some of my friends probably enjoyed the day for that alone.

Getting over the first go was such a huge mood changer for everyone, up until that point it was simply me calling it out. After that go it was on and I’d have had to have a limb hanging off to not get it done. The elation to get round it but more importantly to have it out of my head was worth all the effort. In the end I used all the flippant comments as the drive I needed to go for it and prove them wrong. In the end the loop cost me 20 banqueting chairs, 10ltrs of alcohol hand sanitizer and just over a hundred quid.

There was no way I could ever pull this off alone and if being honest it was just the uplift I needed after what’s been a very challenging year. So I just want to thank the following people. Jamie Clegg, The Wolf, Ant Ramsey, George Eccleston, Giulio Bianco, Jon Edwards, Alix Challenor, Jourdan Owen, Lewis Knowles, Tom Smith, Ant, Karl & Tom from the Pond, Chip, Aaron, Jon’s Dad, Luke & Mark Taylor, DIG and finally Rachel and my two boys Arthur & Seth. 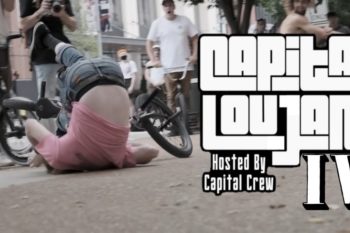 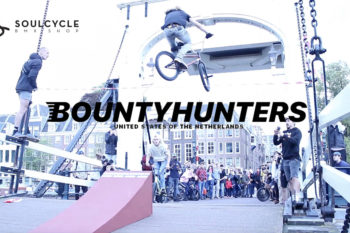 Not the mullet convention you expected