The Whole Crew In One

Filmed by many, edited by Mike Vockenson

TMPRD have a treat for us today with this banging team mix. Getting every team rider in one video is a mean feat when you live in a country as big as Australia so hats off to the fellas. Mix sections from Jake Corless, Marius Dietsche, Mike Vockenson, Wilton Hedley and Dylan Steinhardt. Full sections from Jonny Mackellar and Jerry Vandervalk. Brew up your preferred beverage and enjoy.

"Planet TMPRD, a collection of footage from the entire team, wrapped up into one global project. This is the first time everyone will appear in the same project, and is pretty exciting for a number of reasons. For me, I’m most stoked about being involved in a project which showcases the various riding, over various parts of the country, of each dude and how it has been able to be mould together into a single consistent entity. In being spread around this huge country of ours, a huge focus for us is making sure that there is an air of togetherness. I hope this comes through in the video.

Kick starting this project was the Brisbane trip earlier this year, where everyone met up and rode together for the first time. We collected a bunch of footage and then decided to keep the footage rolling for this mix. Hopefully this is only the start of things to come.

Featuring mix sections of Jake Corless, Marius Dietsche, Mike Vockenson, as well as Wilton Hedley and Dylan Steinhardt, with full sections from Jonny Mackellar and Jerry Vandervalk. There may or may not be another full part mixed in for good measure." - TMPRD 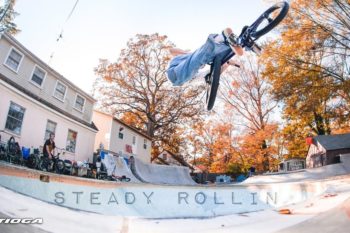 Trails, Street, pools and parks, from Pennsylvania to Puerto Rico 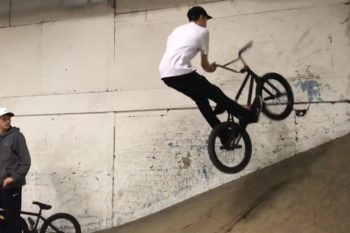