One of the best BMX video projects of the year!

Tyler Fernengel's Red Bull produced visit to the abandoned Silverdome Stadium in Michigan produced what is easily one of the best BMX video projects of the year! Press play and enjoy a once in a lifetime opportunity that Haro / Demolition Part's Tyler Fernengel took full advantage of.

There's also a great photo feature on Red Bull Bike from the project by Ryan Fudger and Joe Gall.

"Tyler Fernengel – an up and coming BMX star – sessions the abandoned Silverdome in Pontiac, MI, making the desolate stadium his own playground. Fernegel, a native of Wyandotte, Michigan, just south of the Motor City, grew up going the best sports spectaculars at the stadium, and even raced Supercross there as a young boy. At 16, Fernengel turned pro after releasing several web edits detailing his remarkable skills as a street style BMX competitor. 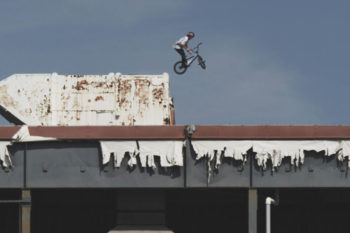 Once in a lifetime riding opportunity 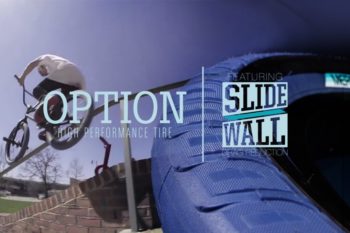 The squad laying it down in the name of rubber