Filmed and edited by Devin Feil

"The origins of this video actually date back to the summer of 2010. That summer I was working on a DVD section separate from PL. While I was out riding for that I was doing a bunch of filming with Jeff Martin, without a set project in mind. During that time I also shot what became Jeff's DIG 77 Engage interview.  Alex Raban came out stay for a bit in August, and the vibe of Jeff, Alex, and I was amazing.  We were all feeling super motivated and wanted to keep the ball rolling. Once I was done with that other DVD section I was working on, the three of us decided that we'd really like to save the footage I'd stacked with those guys towards a 2nd Peg Leg DVD.

That following January Jeff Martin, Phil Bartlett, and I flew out to California for the first official trip filming for the 2nd DVD.  That trip went super well, nothing but fun times, and we left California with a solid chunk of footage. Soon as Spring hit, which should have been when things really kicked off, it all started to go awry. Jeff slipped three discs in his back and for a time there I wondered if he'd ever be even close to what he once was on a bike. Compounding that major snag, Alex got into a rather serious car accident, leaving him off his bike for months as well. When I began the project these were the two guys I expected to really base the video around, likely the first and last sections. The only other full part I was thinking was a sure thing would be my own. I'd sort of decided that I wanted to be there to film everything that went into this project. The Peg Leg DVD had been a mix of my own filming and a contributing footage of varying quality. I really hoped to keep the quality higher for this one and was excited to work on what would undoubtedly be the best Jeff and Alex had put out to that time.  I figured we'd have three full parts, and then take trips to film with the other guys in the crew, and let their motivation level dictate how involved they'd be. I didn't have the desire to push anyone. My attitude was going to be if you wanted to get out and kill it for this video, let's get it. If not, that's cool too.

With those two sidelined I put the whole thing on hold. Around that time Alex was trying to finish up a section for the Santa Barbarian DVD, which I knew was really important to him.  I told him he was welcome to have all the footage we'd filmed in Boston and NYC the summer before, because I knew otherwise his section was going to be a real struggle to round out.  By the time fall rolled around Jeff was just getting back into the swing of things, but my life was beginning to change course. For the previous couple of years I had a freelance job that allowed me to balance work, riding, and Peg Leg quite well. That situation changed and I felt like the best thing for me to do was to move to California and give things a shot out that way. There is a chance I could have tried to keep filming for the DVD after moving, but it felt like I was going to be spreading myself too thin and the project wouldn't turn nearly as well as I'd originally envisioned.  I came to the decision to get the footage we had out there, and I put together the Peg Leg X DIG 2011 Promo.

Watching this again reminds me of all the great times with these guys and I am happy to say that at least PL went out with a bang!" - Devin Feil 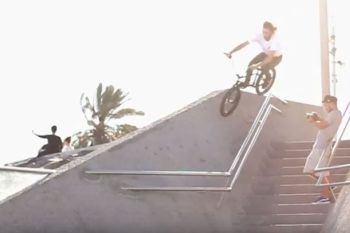 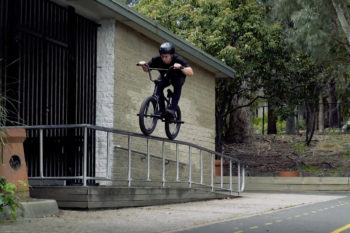