Some elbow grease and making the most of what you have

Sometimes when you're younger you don't have a lot to ride, and instead of complain about it you make the most of it and build it or find somewhere near by. That's just what Justin did as a throwback to when he was younger, and it's pretty awesome. Check out his full story on the video below.

Growing up in rural Alberta all of my life, riding back in the day was a much different experience than it is now. As a kid without a car, there weren’t many people to ride with and there wasn’t much to ride. Living in the middle of nowhere meant you had to make your own spots and your own set-ups. When I was young and before I had ramps, I spent a lot of time pedaling around on country roads looking for 'spots.' Hardly considered spots by popular standards, these places to ride were as simplistic as could be. One might be a ditch that was smooth enough to jump or another might be a shed to use as a drop. Often you would have to modify the spot with some plywood or shovel work to make it rideable. As unconventional as the set-up may be, it was always what you did with it that mattered most. And naturally, the more creative you got the more entertaining it could be.

Inspired by my buddy, Brodie Gwilliam of Bush League fame (https://www.youtube.com/watch?v=YhhrZOm-Tvs), I felt the need to return to this period of my BMX experience. I wanted to make a video chalked full of my own 'country spots.' I pedalled and drove around to search for places with potential. Some spots needed a lot of work and others were ready to be ridden. I think I put the most effort into that trailer I found at 0:25. I had to clean all of the junk off of it, cut down a bunch of trees, and make some trails so you could pedal on the grass. Once I had a list of spots and had some of the modifications done, I hit up my friend Colin Reimer to join me. We filmed most of this video in the spring before Colin left for a work term in France and I left to go travel myself. Tyler Steckly came along on some sessions to film and goof around. I don’t think we spent more than 7 days filming and all of the spots were within a 10 km radius of my house. We had a ton of fun making this video and I hope it shows. Enjoy! -Justin Schwanke 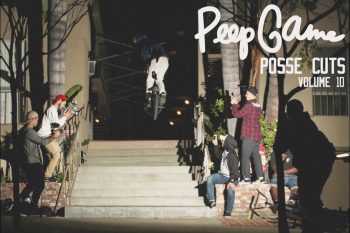 It's sort of like, well, another way to call a cat a kitten 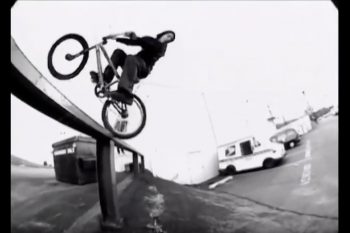 The Maniac was a force to be reckoned with