The weekend is fast approaching the premiere is almost here!

We here at Dig like what the W&R guys are doing, getting out there and filming with the homies, making a DVD for themselves but also for the scene in Alberta Canada, mainly Edmonton. Having fun and traveling the world, what BMX is all about. You don't need sponsors or a travel budget to make things like this happen you just go out and do it! Justin and crew have put a lot of hard work into the Vagabond Squad DVD, if you're interested in picking up a copy or going to the premiere on May 11th in Edmonton hit up the website for preorders on the DVD/digital copy and tickets to the show HERE!

-For the past three years, Canada’s Weird & Revered crew has been hard at work on a full length BMX film entitled, "Vagabond Squad." The film is community rooted with a strong focus on the Edmonton BMX scene. Although a majority of the clips are from their home city, the footage spans 9 countries, 8 American states, and 4 Canadian provinces and territories. The crew has traveled, rode, and filmed extensively for this project, and they are excited for their efforts to culminate into a finished product. Vagabond Squad features full and split sections from Thomas Henderson, Jesse Baraniuk, Logan Kirzinger, Cary Lorenz, Tyler Horness, Duke Thomson-Kurz, Andrew MacLeod, Kyle Lafleur, Sean Tiffin, Mark Stanway, Joe Weidman, Ted Bambrick, Justin Schwanke, and Derek Bolz.

The film will be premiered in Edmonton on Saturday May 11 and released to the public on Monday May 13. All info pertaining to premiere tickets, DVDs, and digital downloads can be found at http://weirdandrevered.com 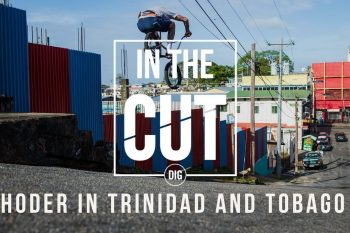 In The Cut - Hoder And Co. In Trinidad And Tobago 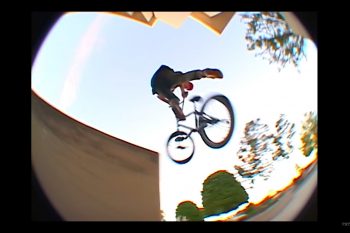