Those Germans clearly have some underground cave where they conduct their “design process”, probably in the Black Forest somewhere, which seems quite fitting as their latest endeavour is a dark and dirty signature street frame for one of the current bosses of street, Mr Jordan Godwin. Inspired by his doomed visions, this frame obviously had more to it than just slapping a sticker on a current drawing… we dug deeper.

1: Jordan studied art at college (although he dropped out to ride) so his skills came in handy for this project. His first drawings inspired the current decals and he hand drew the font for the Doomsayer.

2: When it came to colours for the frame Jordan went to the Candy store for inspiration. After some back and forth conversations, Wethepeople managed to match the exact pantone of the Pink Shrimp and Yellow Banana foam sweets (classic UK candy) giving you those lovely pastel tones on the yellow and pink colours for the frames. If that’s not your thing then fear not since the frame also comes in Black and Matt Raw.

3: Whilst many BMX frames tend to stick to the same proven and conventional geometry - Jordan wanted to break the mold and have some very unique specs on his bike. The DOOMSAYER features the steepest headtube angle ever used on a production frame (76.25 deg) and the tallest bottom bracket height (11.9”) which give the frame a super responsive feel, helping give Jordan that extra pop into nose wheelies and keeping his 28t sprocket out of the way on all those crooked grinds and triple kink rails and all that jazz.

4: Jordan spent well over a year testing the DOOMSAYER frame before it was signed off for production. You can see Jordan riding the DOOMSAYER sample frame in five different videos during the 2017-2018 seasons.

The Decals on the Doomsayer

5: Ever the innovators, Wethepeople used a hydromed toptube and oversize 20.5mm seat stays at the seat tube to keep that backend straight even after that famous over rotated 360 down the gigantic set in Long Beach, which you can see in his ECLAT – Welcome To PRO video. Wethepeople also used a larger welding rod at the headtube to keep that thing real sturdy gurdy.

6: Jordan decided on the name "Doomsayer" long before he started the clothing brand "Doomed" but as you can tell by the obvious, the former inspired the later.

8: Jordan has a mystery wrist. After taking a big slam he went to hospital where they told him it was broken and they put him in a cast. A week later he felt no pain and had full strength so he continued to ride. He then went back to the hospital to tell them he felt ok, they did an x-ray and his wrist was not broken. 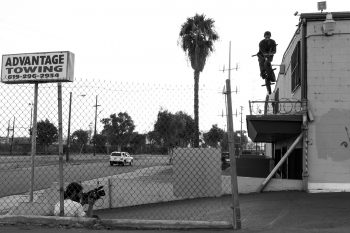 A Handful Of Bangers For Cinema 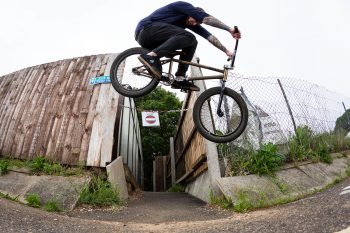