Brian Kachinsky - Beyond The Bakery

Since Brian Kachinsky's Bakery started back in 2011, it has seen loads of pros from all over the world come in and film “Baker's Dozens" “Special Recipes" and held two invitational contests. Towards the end of 2013 and due to circumstances out of Brian's control, The Bakery was forced to close, vacate it's second location and the ramps have been in storage since; putting The Bakery into an indefinite hiatus. The news isn't all bad though... whilst the doors are locked, the Bakery has continued to exert it's influence with Brian taking control of the course designs for some of the world's biggest street events. Read on to find out more about those Bakery inspired setups and find out what's in store for Chicago and beyond.

I know you've mentioned rental price per square footage isn't the greatest in Chicago, which is odd because there are so many vacant buildings, but would you ever think of moving it to another city or country? Like Chicago Jr.—I mean Milwaukee? Shit… Gary, Indiana would probably pay you to have something there. Is rent one of the main things keeping it in hiatus at the moment?

At the moment high rents and finding a space that's nearly “perfect" is the issue. When I say “perfect" I don't mean clean and bright and nice. We just need a roof over our head and electricity. The original location of The Bakery didn't even have running water or bathrooms and we got by. What I mean by perfect is a landlord that seems sound with the idea and a location that's accessible. I had two deals go back and had to move The Bakery twice last year. The teardown, transport, build, teardown and transport was expensive and exhausting. We made it worth it in between all that, however, with some of the most progressive riding and (more importantly) a lot of good times on bikes. Moving it to a different city would be tough since Chicago is home and I love this city. I have had the chance to move it to Milwaukee, which would be great but I think it's better suited for Chicago. It's not out of the question but unlikely. I'd always entertain ideas to recreate it somewhere else.

Can you tell us about some of the events Bakery inspired stuff has been at?

There has been a number of 'Bakery inspired' obstacles and courses from Texas Toast last year, Munich Mash this year and Rebel Jam London coming up. I have also seen some other people make their own DYI ledges and rails similar to what the Bakery had. I can't count how many times I sent people the measurements of the stuff we had in there. It's always an honor when you see people inspired by what you've created. The Munich Mash course was insane and Rebel Jam will be as well. Jeff K and I sat down and drew up the plans for each and our work has paid off. The riders (myself included) had a blast riding those courses and that's what it's all about. We are also doing a new Bakery inspired obstacle at 4 Seasons Skatepark in Milwaukee

Has your involvement in some of these events got you thinking about The Bakery?

My involvement in these events has been a slight distraction from The Bakery as a facility but it has allowed me to bring some of the same ideas and new ones to a reality. All in all it's been rewarding and I can't wait to do more! Working with Jeff K on them has been awesome as well because he's good with 3D drawing and is a badass rider himself. He was always down to help build at The Bakery and I love riding with him so working with him on any project is always a treat.

re you planning on doing more Bakery inspired contests/collaborations and getting more into designing/ramp building end of things?

I'll do as many as time allows. I love coming up with an idea and making it happen. Hopefully more collaborations and things will come in the year ahead.

Years ago when you were nibbling on bratwurst in Neenah Wisconsin, did you ever think you'd be designing/collaborating on skate parks?

Haha! Well I used to help build ramps at Area 51 skatepark in Appleton and Undercover skatepark back in the day which got me a pass to ride for free. That ability to ride the park for free everyday definitely got me where I am today. Guys like Freimuth, Degroot, Hilson and the whole Baco crew were always building cool stuff.

What's in the future for The Bakery?

The forecast is sunny with a slight chance of clouds and uncertainty. Like I said I have learned a ton from the past facilities and will use that knowledge to move forward in whatever direction it leads.

Jeff_Klugiewicz and Brian and their Munich Mash Creation 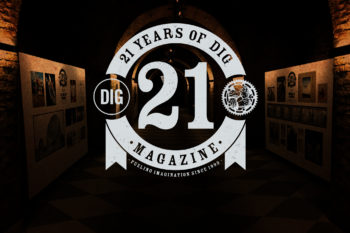 21 Years Of DIG Photo Gallery At House of Vans

This is BMX portrayed in the way we like to see it portrayed... 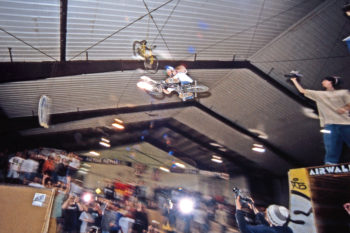 "I REMEMBER THAT I LOST MY MEMORY AND DIDN'T KNOW I WAS RUNNING THE CONTEST..."