The History Of The Rebel Jam

"Everything involved had to have a legacy." - Andy Zeiss

It takes a lot to pull-off something 'different' with a BMX contest, yet when long-time friends Andy Zeiss and Mike Emde became disillusioned with the nature of the European contest scene some 10 years ago they put their German heads together and managed to come up with a format that was fun, credible and actually unique. Ahead of this year's upcoming re-birth of the Rebel Jam in London UK, we thought it would make sense to catch up with Andy and find out a little more about his personal Rebel Jam memories since that first event at the Berlin Mellowpark back in 2005.

Remember that contest in Berlin that everyone used to go to? - More Info

"Let's get the rebellion started! Mike Emde and I created rebeljam because we wanted to shake up the current event scene in Europe. We wanted to focus on the riders and the community more than the average event would. The Mellowpark was the perfect location for the kick-off. One of our ideas was to always leave something of value for the local scenes – ramps, obstacles, maybe just the wood. Everything involved had to have a legacy. It was crazy to have so many big names in Berlin that year. It still makes us proud when we see pictures from the first two editions – Corey Martinez, Van Homan, Gary Young, Nathan Williams, Corey Bohan, Brian Foster, Chris Doyle, Tony Hamlin, and so many others you didn't get to see at most European events at the time. And not to forget Ruben Alcantara, who won the bunny hop contest!"

"After a great first year it was clear that this wasn't meant to be a one-night stand. Berlin hosted even more riders in the second year, and we organized an awesome photo art show in an industrial building next to the Mellowpark. One memory that sticks with me is the bus tour we did. We wanted to show everyone the beautiful side of Berlin so we hired two double-decker sightseeing buses. It quickly turned into a party on board – booze, fire, objects flying out, windows popping out, you name it! The best part of the story is that the bus company just charged us a minimum for damages and always called twice a year to say that they wanted to do it again (laughs)."

Berlin Love parade? Aaron Ross, Brian Tunney and Josh Stricker get in on the act. Rebel 06. Photo by Ricky Adam

Tony Hamlin did a win. Photo by Ricky Adam

Too many tailwhips for Taj?... - More Info

"Sadly this was our last year in Berlin. The Mellowpark was dealing with permit and venue problems and we didn't want to push them into an uncomfortable situation. Plus we thought it would be good for the event to travel. A huge part of BMX is traveling, so why not? Still, a big shout out to Jens and the Mellowpark crew – they will always be a huge part of what rebeljam is today."

Harry Main, Rebel 07. Random fact: this was Harry's only ever print photo in DIG. Photo by Kay Clauberg

The 2007 jam was hectic. Sven 'Sprosse' Lehmann, a local from Berlin, doing it right. Photo by Kay Clauberg

After a short break, Rebel Jam was back, this time in Portugal... - More Info

"After two years, of let's say a 'creative break', the time was right to bring rebeljam back. We heard about the local scene in Portimão, which was struggling to fund new ramps, and we got in touch to discuss our project. Soon it was decided – rebeljam was going to the beach! It was different than in Berlin for sure, but that's also what made it special. We wanted to create new things and never become repetitive. We learned a lot during our first international experience – about working mentalities as well (laughs) – but in the end the event was rad, and Portimão had a brand new park afterwards, which they still maintain and ride today."

It ain't much if it ain't Dutch.

"Another first-timer – we were going indoors! Holland has one of the raddest BMX scenes, and VANS wanted to give something back. When we got in touch with Pim van de Bos at 040 in Eindhoven in early 2011, they were going through a few issues with the city and their current indoor park. It was way too small for an event like rebeljam, but just across the road we found a great place. The only difference here was that, after the event, we couldn't leave the park where we built it, but all the dismantled wood got used for a fresh start-up of today's 040 BMX Park in Eindhoven. That event was a special one for me – it was one of the biggest we did, with insane riding and great parties. And we had flatland for the first time, in the award category as well. It was awesome!"

"After Axel Jurgens opened his doors for Eurocamp, it was clear that we needed to be there. Axel had always been trying to get us over for a visit to check it out, so when Mike made a trip there with his Carhartt team in 2010, I took the chance to join. I was hooked! You just can't beat that place. If you're into park or trails riding and into having a good time on the beach in summer, or in off-season, this is the place to be. Eurocamp already had a solid ramp set up thanks to the Nike event in Barcelona in 2010, so we committed to step it up even more. Axel and the Eurocamp crew recreated some of the old set up and attached about 50% of new elements. The entire place got overhauled and by the time it was ready, all riders came over and we celebrated a one-of-a-kind rebeljam. Flatland was again part of it, set on the beach with an unreal vibe, hosted by Darryl and Catfish."

Sex on the beach? - More Info

This year seen the Rebel Jam come to London UK for the very first time on November 21-22nd and in another first it was a 100% street event with a course designed by Brain Kachinsky. There was also a '21 years of DIG Magazine' photo gallery at House of Vans which you can see a lot more about here too.

All the best from the world's top street riders under one roof... - More Info 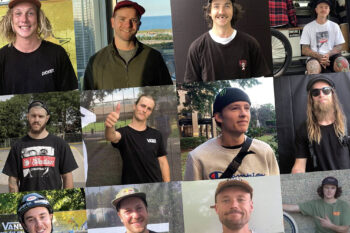 And Everything you need to Know 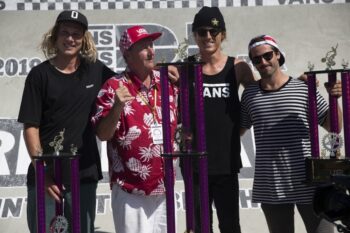 Everything you need to Know