Filmed and edited by Props

"After a great first year it was clear that this wasn’t meant to be a one-night stand. Berlin hosted even more riders in the second year, and we organized an awesome photo art show in an industrial building next to the Mellowpark. One memory that sticks with me is the bus tour we did. We wanted to show everyone the beautiful side of Berlin so we hired two double-decker sightseeing buses. It quickly turned into a party on board – booze, fire, objects flying out, windows popping out, you name it! The best part of the story is that the bus company just charged us a minimum for damages and always called twice a year to say that they wanted to do it again (laughs)." - Andy Zeiss

Find out more about the history of the Rebel Jam, along with some awesome photos here. 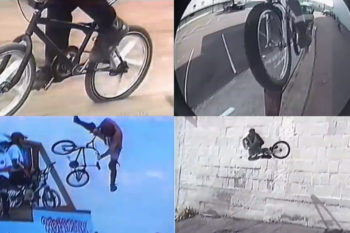 "To me, this video is the very definition of BMX, well, except for the Jesus part." 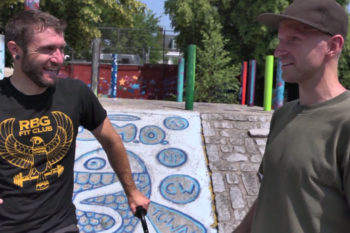 The life of a travelling Vegan BMX Photographer