Everything you need to Know

VANS Rebel Jam returns, this time for it's USA debut. Taking place on 27/28th July during the Vans US Open of Surfing in Huntington Beach, California, the illustrious contest is back with one hell of a street course, courtesy of CULT. The contest will include Best Trick, creativity awards, a Bunny Hop and High Air comp. Scroll down for an official press release, a stacked list of confirmed riders and some details of the incredible looking street course.

UPDATE - see the results and Re-watch the livestream / highlights below.

Check it out for some of the biggest trophies since the BMX race days! - More Info

Garrett Reynolds, rail ride to 180° opposite down tail whip

Kicking off the exciting programming for the largest action sports festival in the world, the Vans US Open of Surfing in Huntington Beach, California, the celebrated Vans Rebel Jam BMX street competition will debut for the first time on American soil July 27-28. Slated for an international roster of BMX medalists and style experts, the Rebel Jam will feature Best Trick contests, creativity awards, a Bunny Hop and High Air comp, and contest honors inclusive of men and women in all award categories. This year’s custom-designed obstacles will be presented by respected BMX brand, Cult.

With nearly fifteen years of consecutive BMX competition history in tow, Vans is thrilled to bring the prolific Rebel Jam contest to the beach to showcase a world-class field of talented BMX street riders. Unlike any other traditional contest format, the Vans Rebel Jam philosophy supports fun, creativity and innovation, integrating custom-designed obstacles and tailored course elements inspired by the sport’s storied history and the unique style and approach of each BMX specialty, from Vert and Park, to Street style riding.

Created to inspire the most inventive and original street riding you’ve ever seen, the Vans Rebel Jam competition will be open to the public for viewing on July 27-28 in Huntington Beach, and will be broadcast via live webcast on July 28 at www.vansusopenofsurfing.com

Now you too can experience the Vans Pro Park with free public sessions during the US Open of Surfing! RSVP for BMX sessions via the links below. RSVP is required. Space is limited, entry will be first-come, first-served. Visit links below for details. 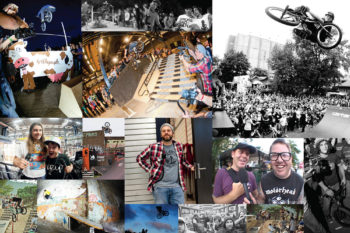 The History Of The Rebel Jam

"Everything involved had to have a legacy." - Andy Zeiss 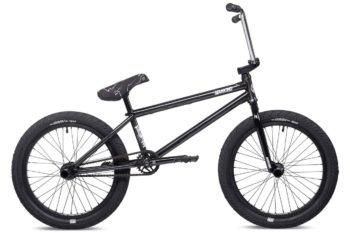