BSD AND THE STORY BEHIND THE BIRTH OF THE FREECOASTER REVOLUTION

Last Tuesday BSD posted this mysterious photo on Instagram (below) of their new BSD Revolution hub, which got people talking. Was it a new cassette hub, freecoaster, or switchable drive hub? Why all the mystery? We hit up BSD's Grant Smith to get the low down on what the Revolution hub is all about...

Hey Grant, what’s going on with this new hub, tell us about it…

It’s the Revolution! This is the new generation of freecoaster hubs, it functions in a completely different way to regular coaster hubs, utilizing a new clutch system giving riders a smoother, more responsive experience. It basically solves a 30+ year old problem, something that product designers have been trying to figure out for years, which is why we are so excited to finally launch the Revolution Hub.

We believe it’s a game changer, our team guys, who've been testing this hub have said they won't go back to riding the older style freecoasters because of the advantages this hub gives to their riding and the way it makes their bike feel.

Why is that? What's the difference between the new Revolution hub and other freecoaster hubs?

It’s mainly due to the way it feels to ride, this hub is much lighter and doesn't have a huge pedal gap when you start pedalling. It feels like you’re riding a cassette hub but has the functionality of a freecoaster, it combines what’s good about both types of hub…

"I’ve been riding and testing the hub for over a year now. It's light so makes the bike feel much more responsive and the no gap engagement is really helpful for certain tricks.” - Alex Donnachie

So what do you see as the main issues with freecoaster hubs right now?

Mainly they are heavy! The traditional freecoaster design comes from a modified coaster brake hub with the brake pads removed, this design is over 100 years old and really heavy due to the big clunky components. Most freecoaster hubs are just a refined version of this old design.

The large pedal gap is another problem, it’s required to stop the hub engaging when landing backwards, that quarter crank of gap doesn't feel nice but it's something riders have learned to put up with out of necessity.

Another issue is bearing life, sealed single row radial ball bearings which are used in freecoaster hubs are designed to mainly take radial load (along the spoke direction) and only minimal axial load (along the axle direction). Due to the clutch engaging along the direction of the axle, the repeated impact of this action means that the hub and driver bearings wear out over time and need to be replaced.

“The pedal slack and weight has always been a huge dull point for me with a conventional freecoaster, and because of its general design (clutch smashing into the hub as it engages) the hub suffers hardware difficulties, whether it was the clutch not engaging or increasing wobble from collapsing bearings.” - Dan Paley

Okay, so does the Revolution hub sort these problems?

Yes it does. Firstly the hub is 30% lighter than a regular freecoaster hub, it weighs the same as a cassette hub and because of that the bike feels much more responsive. Saving weight on wheel parts can make a big difference to how the bike handles due to the reduction of rotational mass.

Secondly the pedal gap is minimal when pedalling forwards to engage the hub, again it feels like a cassette, also the clutch doesn't require a huge gap (slack) just to stop it engaging when going backwards, so again this makes your bike feel nicer.

Then reliability, the bearings are not under the same stresses as in a regular freecoaster.

How does the hub work and is there a need for this kind of hub?

The whole design is completely different, it uses the Planetary clutch system. It’s a cassette style hub where the driver pawls are sprung into the down position (instead of in the up position), when you pedal forward the clutch lifts the pawls to engage the hub. The whole hub is under a lot less stress and the bearings don’t have to put up with repeated axial forces.

Making a light, reliable, nice feeling freecoaster hub has been talked about for years now, it's kind of like the holy grail, and I believe the Revolution Hub ticks all the boxes.

We know you've been working on this hub for a while now, how did it come about?

My good friend Tal Mazar from Nightrider BMX in Israel had been working on freecoaster designs for the last 8 years or so, he came up with some pretty wild inventions. Back in 2018 he got in touch, excitedly telling me that he and his engineering and business partner Alon Cohen had made a hub that worked and sent us a couple of samples to try out. This was the first version of the Freenight hub. We built up wheels and started riding them and were instantly impressed, in fact Dan Paley rode the same prototype hub for two years. For the next few years we worked together to get to where we are today.

It was a privilege and really exciting to work with Tal and Alon, they developed a highly innovative solution to a very old problem. The Planetary clutch acts as the control system for the hub, which unbelievably was made from 3D printed plastic parts! They’d achieved what other companies had been trying to do for years. However, as Tal said, the Freenight hubs could only be produced on a small scale. So, we collaborated with them to use their invention and our manufacturing and product development knowledge to produce the BSD Revolution Hub.

We’ve worked together with them over the last two and a half years to test, fine tune and get the hub design ready for manufacture, it’s been a long bumpy road but it’s been fun and we’re stoked that the hubs are finally available.

"These are very exciting times for BSD and Freenight BMX! The BSD Revolution hub is the outcome of what was originally called "The Freenight Project". From a simple sketch to the first prototype, combining my perspective with the super engineering of Alon Cohen, we invented and developed the Planetary Freecoaster technology (must say in a very laid-back way, haha). The Freenight hub is also called "the first Planetary coaster", it was the first generation Planetary hub but could only be produced on a small scale.We enjoyed the privilege of being those who innovated, but knew we wanted to advance and make our design more available to riders worldwide, that is when we started working with my good friend Grant Smith from BSD. During the past few years we worked hard together to reach this moment, testing, fine tuning, basically getting the hub production ready! Many people here and around the world helped and supported us along the way. Special thanks to Brant Moore for spreading the word, respect for everyone - we couldn’t have done this without you. It has been an exciting journey with many challenges to overcome, but we are so happy that the launch of the BSD Revolution hub is here! GREAT SUCCESS!” - Tal Mazar / Freenight BMX

The BSD Revolution hub is available now at www.bsdforever.com and will be available through shops and distros worldwide over the next couple of months as stock arrives… 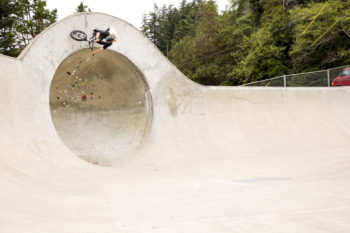 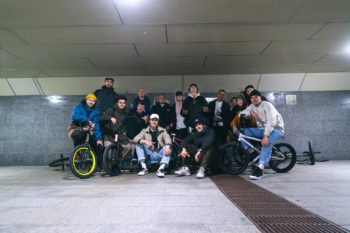