For a limited time only

We’ve got a small run of Limited Edition Hardback versions of Rob Doleck's much sought after Maintain IV book at digbmxstore.com. Grab your copy HERE.

Rob Dolecki’s ‘Maintain’ Chapter IV has been in the works for a minute now and is finally complete, in the form of a 152-page book.  Bob Scerbo eloquently summed up “Temporarily Permanent” in the Foreword; here’s an excerpt:

“As much as the theme of this collection of images may at first glance to seem to be about something as basic as the ‘before and after’ of a spot, I think it is fair to say that it goes deeper than that: it is about timing … perfect timing. Every factor—from where the evolution of tricks were at, to when the spot was constructed, to when the shutter was pressed, to when the spot met its demise, all had to be coordinated perfectly.

What makes this collection of photos Dolecki has assembled so special is that is all of these things actually happened, the stars were seemingly aligned and we are left with proof that these locations existed rather than just stories of mythical spots that existed in the past. When these pictures were created, I imagine the rider was the intended subject, but since the narrative has changed in a way no one could foresee, we are left with the spot taking over the role as subject and the riding simply being the accidental reason this historical documentation of what the landscape once was exists. Although the streets may be technically made of them, the lifespan of spots is not set in stone. Nothing lasts forever and this chapter of Maintain is proof of that.”

Want a chance to ride at this years BOH? Check out how now! 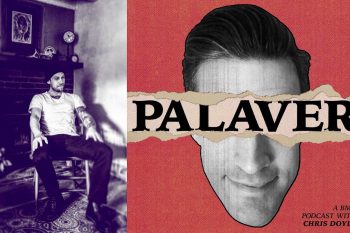 Discussion with a legend!