On the road again with Brian Barnhart

Golden Hours 3 is a collection of photographs by DIG contributor Brian Barnhart, from two road trips taken within one year of each other. The images portray his experience as both a BMX rider and traveller and from what he told us they had a big impact on him personally. "I was humbled by what the world has to offer." He continued... "I did a lot of living on these trips and I let this serve as a reminder to get out and experience something outside my comfort zone."

Both trips started from his home in Santa Cruz. The first to the Pacific Northwest as far north as Pemberton, British Colombia in the Summer of 2015, and the second to Austin, Texas in early Spring last year. This is Brian's fifth zine and the third of the ‘Golden Hours’ series and you may recognise some images in there from his article in our most recent print magazine, DIG 99.5.  Steve Crandall and Jackson Allen threw a few questions his way  to find out more...

What do you shoot with typically?

I’ve been shooting mostly digital lately.  Canon 5D mark2, and Sony RX100 mark3, iPhone cause it’s always on me.  I also love film, the look can’t be beat.  I shoot with a Contax T2, Nikon N90, and I used to love my Canon Datelux until it broke.  Also the Hasselblad 503  is one of my favorites.

Does travel inspire your art or does the photography motivate you to travel?

Travel definitely inspires my art.  Experiencing new places is something that is very special to me.  I try to do justice to the time, place, people and things that are going on in that moment.  I anticipate shooting before I go on any trip, but if I’m not inspired, I won’t shoot and just enjoy the moment.  It’s sometimes really hard to stop what I’m doing (riding) to pick up the camera, but I rarely regret it when I do.  I’m sometimes hesitant about shooting a photo of someone, but portraits can be my favorites.

Is John Tillman your muse?

Haha, he’s got the look.

“BOTH TRIPS IN THIS ZINE WERE BMX INSPIRED, BUT ALSO INCLUDE NATURAL LANDSCAPES THAT COULDN’T BE SKIPPED OVER. THE ROAD WOULD NOT BE AS AMAZING AS IT IS WITHOUT FRIENDS TO SHARE IT WITH.” - Brian Barnhart

What were some of your earliest experiences with zines?

I can’t recall titles, but I have memories of paging through punk rock zines and being stoked.  People wrote and shared photos of whatever they wanted, and some of it was incredible.  Holeshot was an awesome BMX zine.  The first zine that I made  was inspired just by wanting to share my experiences with my friends in a way that was edited by only me. My girlfriend Hannae has a great collection that inspired me to stick with it.

When someone says "trails photo" any particular shots or types of shots come to mind?

The woods of Pennsylvania come to mind, jumps all over the background, dead leaves, gritty looking riders and style for miles.

Almost all these recent zines have featured trips you took in your van, could you tell us a little bit about rig? How has it treated you? Is it a good friend? Cruel mistress? Just a lump of metal?

All of the Golden Hours zines have documented trips in my Sprinter van, mostly of the western states.  My van is a 140 inch wheelbase high roof Sprinter cargo van that I built out into a camping rig.  I have a love/hate relationship with it. It likes to make noises that can drive a person mad.  I built a bench that folds into a bed, and a kitchen counter with a sink, and shelving for storage.  I also insulated it and put up wood paneling, as well as a rack that holds a couple surfboards.  When I bought it, I intended on traveling a lot and living in it for a bit, which I did.  I’m not living in it anymore, but it remains my only vehicle other than bikes.  It’s kind of annoying to drive on a regular basis, but is great for traveling.

Any trips on the horizons? Destinations that have you daydreaming?

Hannae and I have been talking about doing a bicycle tour of the Pacific Northwest in the summer.  Texas is always on my mind. PA, Norway, Spain... Santa Cruz ain’t too bad though.

Copies of Golden Hours 3 are available at bbarnhart.com/zines - Get em' while they last! 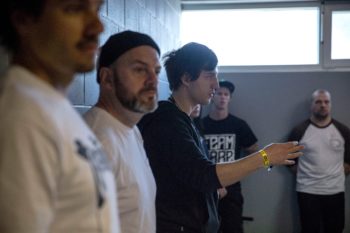 “If It Was Up To Me, I Would Pay Riders In Gold" 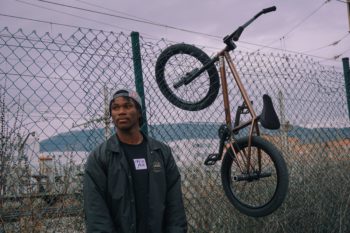