Imagine boarding a plane, thrilled to be heading to an exotic distant land, enduring a sixteen-hour flight across one continent and over the largest ocean on the planet, arriving at your destination, only to be turned away entry by immigration officials, involuntarily charged over 700 bucks for a night's stay, and put on a flight the following morning back home? Quite a nightmare of a scenario. Ten years ago, Edwin De La Rosa lived that exact situation: "It was a Props Passport road trip to Japan in 2002. Mark Losey, Stew Johnson, and Chris Arriaga were going out there. George Dossantos and I were on the same flight. I was so excited. It was the first time I'd ever flown somewhere far, going out of the country on a fifteen, sixteen-hour non-stop flight."

At the time, exiting a plane and then having to deal with nosey immigration officials was a new thing for Edwin; he wasn't seasoned in giving the proper answers to help breeze through: "We were waiting in line to go through immigration. I was real happy to finally get there. My mom gave me a couple hundred bucks to buy a portable DVD player. When we got to the customs agent, he asked us a bunch of questions. This was before I knew that when they ask you what you are there for, you tell them it's just for vacation, not work, for filming for a video. I just knew we got flown out there, but didn't know who was picking us up. They kept asking us who was picking us up, and I told them Stew Johnson. I could hear them announcing his name over the intercom, and it didn't sound anything like Stew Johnson. (Laughter) I told them no disrespect, but I didn't think he could understand; to let me get on the mic." That didn't happen.

Edwin was born in Panama, and has a Panamanian passport. Unfortunately, no one mentioned to Edwin that he should check and see if he's required to get a visa in order to enter Japan: "The other problem was that since I had a Panamanian passport, I needed a visa to visit Japan. I didn't know, and didn't find out I needed one until I actually got to Japan. They took us in the back room and we were there for hours, with a whole bunch of other people who got pulled from the immigration line."

"The other problem was that since I had a Panamanian passport, I needed a visa to visit Japan. I didn't know, and didn't find out I needed one until I actually got to Japan. They took us in the back room and we were there for hours, with a whole bunch of other people who got pulled from the immigration line." - Edwin Delarosa

Things just kept going downhill from there for Ed and George. "They ended up telling us we have to get on the next flight in the morning and go back. George got stuck too, since we were together. Guilty by association. (Laughter) He told us we have to stay in a hotel for $250, plus a fee for a security guard. It totaled over $700. I told him I'm not paying for a room; I'll sleep on the floor, whatever. He flips out, screaming, so I said, 'Fuck it, I'll pay.' So he takes us out a back way through the basement, and into a mini-van with two security guards, like we're criminals or something. We're actually in Japan at this point; we drive about five minutes to the hotel. That was the most I saw of Japan. It was dark, so I couldn't see shit. We get to the hotel, and the third floor is for people who are getting sent out the next day. It's a long hallway with security guards at each door. We go to the end of the hallway to our room. Our security guard is a Mexican dude with a mullet, gold chain, and sunglasses sitting on top of his head. It was funny. There was nothing to do the whole night but watch mad bullshit on TV. The next day we fly back, and we are in the very last row where the seats don't recline. When we finally got off the plane, George actually kissed the floor. He's a funny dude. It was funny the whole time, but it just kind of sucked that I didn't really get to see Japan."

The whole experience understandably left Edwin with some sour feelings towards Japan for some time. But that doesn't mean he'll never take that trans-Pacific flight again: "I was burnt on Japan for a few months, wouldn't even eat sushi. (Laughter) I'm dying to go back. When the Passport video came out, I was like, 'Damn, I could have ridden that spot, could have went there.' It was a hard lesson to learn; I wish it happened when I was going somewhere else, though. Now when I go through airports and immigration at another country, I say I'm going there for vacation, so-and-so is picking me up, this is where I'm staying, etc. It's a funny story to tell people." 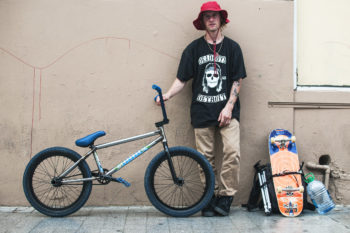 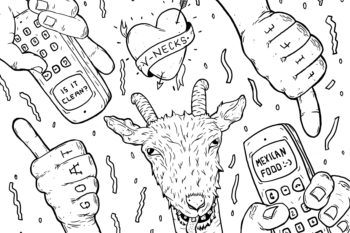