"Now, the cat has used up his ninth life." - Scott Towne

Scot Breithaupt didn’t invent BMX, but he brought it to the world in a real way. In 1970, he borrowed from his motorcycle MX background to establish his own BMX track at the young age of 13. He was a born promoter and a ring-leader for this new thing called “BMX”, and he continued to push it, shape it and spread the gospel. An accomplished racer himself, Scot clinched the 1976 NBA National #1 plate. Throughout the 1970s, Scot built upon his own foundations to create iconic bikes and brands, culminating with the founding of SE Racing in 1978. With a team of the era’s best riders, SE Racing set the bar for innovative designs. The PK Ripper, which was the signature frame of Perry Kramer, along with the STR-1 for Stu Thomsen (later known as the Quadangle), were both key parts of the early SE Racing lineage. To this day, the PK Ripper is one of the most famous BMX bikes ever built and it was Scot’s brain-child. The “OM Flyer” was Scot’s signature 26 inch racing cruiser, developed as the class for the big bikes was added to the national racing programs. The funny thing is, Scot had been called the "Old Man of BMX" since the 1970s, but he was really still a kid and only a year or two older than the other top riders of his era.

In variously ramshackle vehicles, most notably a converted camouflage school bus, Scot toured relentlessly with his band of BMX weirdos, promoting his brands and BMX at tracks across the country. When Scot spoke, you listened. There was a madness about Scot that was also his magic. He talked a lot and said even more, but he also listened and retained information with a steel-trap memory. He made you stoked on him and his company and definitely on BMX. He was a true inspiration to all within earshot. Scot’s words translated to paper as well. Through the pages of the magazines of the day, most notably his column in Bicycle Motocross Action, aptly titled “Scotomania”, Scot motivated through imagination, humor and wild wordplay, creating BMX scenarios that seemed too outrageous to be true, but were so good, you wanted to believe it all.

"Ironically, Scot would have loved the publicity. The news, in an odd way, sheds a positive light on BMX."

Sometimes the same attributes that make a person creative, motivated and influential are the same parts of the mind that unravel later on. Scot always wanted more out of life, and chose some dark paths, resulting in failed relationships, businesses and ultimately landing him in prison. Scot would dig his way out and come back, eager to please and ready to let everyone know that the old Scot was back and this time he wasn’t going to lose control of the ship, but he did just that, again and again. Scot left a number of burning bridges behind him, but for every tale of a deal gone wrong, there was another of forgiveness and a second chance. The dude was loved.

Now, the cat has used up his ninth life. Scot Breithaupt is gone. The story of his passing is sad and the details irrelevant, but Scot’s sphere of influence is felt worldwide in the days after his death: Trending on social media, the Los Angeles Times, the New York Times, even TMZ for chrissakes, all reporting on the prolific life and sad end to a true legend. Ironically, Scot would have loved the publicity. The news, in an odd way, sheds a positive light on BMX. Once again, we owe it all to Scot. To us, as BMX riders, whether you knew who he was or not, Scot was the heart and soul of our hearts and souls. - ST

"Scot Breithaupt was an inspiration to a generation of kids on bikes." - More Info 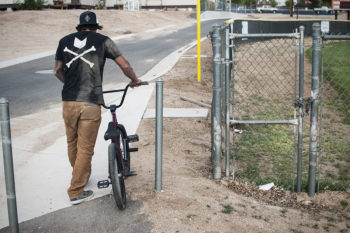 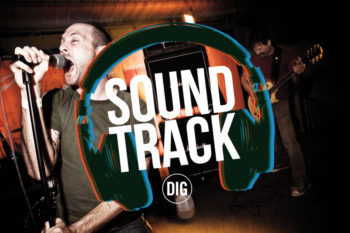