Earlier this year I was able to jump on a trip with Alex Donnachie and the rest of the BSD crew up in San Fransisco for the first time. In the midst of filming and all the good times, I caught up with Alex D. to see what makes his signature 'ALVX' so sleek and so Squeaky? Most would agree and say that Alex's bike riding is very precise and calculated, so you know that his signature ride is just the same! Check out his (now, not so current) set up which is sleek, yet vibrant with technique and progression.

Find all these parts and more over on www.BSDFOREVER.COM

How long have you been riding for BSD?

I have been riding for BSD for 5 years now...

What are your signature parts with BSD and how long have you had them?

I have the signature ALVX Frame which is on it's 3rd year now and the Donnasqueak tyres which have been out for 3 years as well... Also, about to come out is my DonnaStreet tyre, which is a more street specific tyre.

Could you give us a quick breakdown of what makes your two signature tyres different from one another?

The DonnaSqueak tyre is an all round tyre for street, park, dirt, vert and even flatland. Where as the DonnaStreet tyre is designed strictly for street with smooth sidewalls for less friction when grinding and more grip!

Both of your signature parts have some clever play on words with your name, how did the name 'ALVX' and 'Donnasqueak' come about?

Well, the name of my frame came about quite simply, as it's my name with VX in it haha and I have filmed with the Sony VX for 8 years now. The tyre name came up about the time when we got the first batch of prototypes, they were really squeaky so it was just a funny name that stuck.

When the first version of your frame was in the works, was there a specific design you were looking forward to having in your signature setup?

All I wanted for my frame was a shorter rear end to make everything easier... Grant Smith, the owner of BSD, found a way to make it super short while still being able to run a wide tyre.

Alex at the famously elusive China Banks in San Fransisco. Check the video below for all the goodness from this trip!

Usually your bike is pretty colorful, are you liking this all black bike?

Ermmm kind of, I've never had an all black bike before so just got it for a change!

How long have you been riding a free coaster, what convinced you to make the switch?

I think I've been running a coaster for 3 years now, I wouldn't ever go back to a cassette! A free coaster is much more fun!

I cut my bars down a little that's all.

What made you go with the built-in chain tensioner?

For such a small thing it makes a big difference as it saves your wheel from moving and keeps your chain tensioned correctly.

For the last two months you have been state side, riding and filming on multiple trips from San Fransisco all the way to New York City… Can you speak a little bit about your travels around the states this year so far?

Yeah it's been a crazy few months, it's been non-stop but thankfully it's been so much fun! I first came out for the VANS BMX Street Invitational in Huntington Beach... I started out the comp falling and hurting my leg, so I couldn't ride very well in the contest. Right after that we did a BSD x Federal trip in San Diego, which was one of the best trips I've ever been on! We all had so much fun! Then we did a BSD trip in San Francisco, which was really cool, being able to see that city for the first time. After leaving the SF trip, Liam Zingbergs and I went to New York City for two weeks to chill with Austin Augie which was really crazy, can't wait to go back there!

How has your year been so far?

It's been non stop really, I think I've had like 8 trips in a row and I was home for a few hours and straight onto another trip... I have a lot of trips ahead as well so I probably won't be able to make it home for a while but I love traveling so it never gets boring.

BSD - 'In the Streets of NorCal' 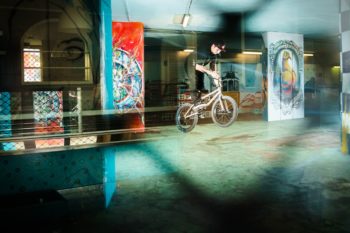 Two Years In The Making 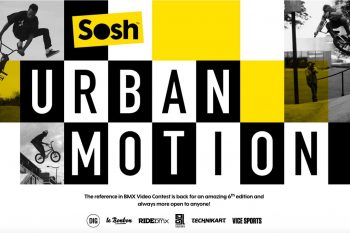 The Wild Card Results Are In!