With the announcement last week that Broc Raiford is now riding for Sunday, we did did a thorough once-over on his new bike, and grilled the shoulder-height hopper about the big move. Check it out, and re-watch his "Welcome to Sunday" vid again; crazy he filmed that in five days on a bike he still wasn't fully used to yet!

Weight of bike: I don’t know; I couldn’t tell you the last time I weighed my bike. If it feels good and rides good, that’s good enough for me.

Modifications: I cut my steerer tube a ¼ of an inch; the forks with my stem, with a full stack of spacers was too tall. It gave me that nice perfect rise that I feel comfortable riding.

Oldest part: The stem; transferred over from my previous bike. I like to have stems that are broken in with the knurling grooves and holds the bars where they need to be.

Newest part: Everything but the stem.

I would say big. It’s feels really sturdy, and big. I built it to take a beating. Building this bike and riding it feels different than any other bike. I like it clean and dialed. I do a lot of bike maintenance. I’m not one ot try and get a new bike every month.

How long do you usually have a bike for?

One completely new build a year.

Where do your parts go when you’re done with them?

I give my parts away to friends and local kids in need. I am very fortunate to be in the position to get bike parts for free and have the support I have, so I try to do my part in supporting the scene. I just want to help kids keep riding.

Describe the contents of your personal bike tool bag.

I carry around a shoulder bag, and it has everything in it but a pump, because mine got stolen. two tubes, extra chain and chain breaker, Odyssey multi tool, spoke wrench, allen key set, medical supplies- not much but just enough to get you by if something were to happen, mouth guard, wax, super glue, knife. I’m pretty stoked on it. There haven’t been many times where I haven’t been able to rely on it to get me through a tough situation when I’m out riding.

What part do you wear through the quickest?

How is this bike different than your last?

Taller stand-over, which is a little more relief on your lower back.

How was it dealing with riding two different bikes during the same time period?

It was for about a month and a half. I fully respect everything I had with Volume and wanted to honor my contract until it ended. I built up this bike and started filming with and getting used to this bike while also still riding my other. I would drive around with two bikes. Anytime someone would roll up to the skatepark, I would causally go back and switch to the Volume, that way in the public’s eye I was still riding a Volume. All it would have taken was one sneak-attack photo, and it goes viral in a second. It was way harder than I thought. I thought it would be easy- I would always go ride this park by my house at night, and there’s never people there. But it seemed like every session I would go there were always random riders there. I’d have to ride the tennis courts next to it by myself, basically riding flat ground. As anyone would, you want to ride the newer bike. It ended up being such a task. I’m glad I’m on this end of it now; the news it out there, and I’m stoked. The video came together super-well.

How long did it take to film that?

Realistically it was five days of riding. It was never back-to-back.

How was it trying to get used to a bike and filming the edit simultaneously?

It was hard. Although I tried to build similar bikes, there was not even an ounce of similarity besides being a BMX bike. It put me in situations where I tweaked an ankle, hurt my wrist falling- it wouldn’t have happened if I wasn’t going back and forth between bikes.

How did getting on Sunday come about?

I’m super stoked that Sunday was interested enough to work with me on it. I feel like most people can put two and tow together, since Odyssey has given me so much support and unbelievably great help over the years. It made sense for me at the time when I was thinking of moving on it felt really right to be a part of Sunday not only for that, but also because of all the team riders. That was a huge part of it. Being on trips with the entire team.

Sunday has a pretty stacked team including existing Odyssey teammates Gary Young and Aaron Ross; how does it feel to be joining a new squad?

Brett Silva- he’s a perfect example, because he doesn’t ride for Odyssey, but through the Odyssey vs. Sunday house, I got to form a really good friendship with him, and now I get to travel with him. Since I’ve released the news, it seems like everyone is on the same page; there is a sick dynamic with everyone. It just makes sense.

Any plans for signature goods?

Yes. That is something we’ve been working on behind the scenes. From the start of me building up this bike, we based the new signature parts that are going to drop on what felt good and what didn’t. We pretty much closed on everything around the time the new year hit. There will be signature frame, forks, bars, and seat. It took a lot of hard work. If I had chose to not check email and get back to people who were trying to help me get there, I probably wouldn’t have all this ready to go with the release of the news.

It’s a continuation of what you have going on with Odyssey?

Yeah, it’s the same dudes. Having that relationship with them, now all under one roof; it’s a dream come true. They take excellent care of their riders; I’m more than excited.

Yeah, I have some things planned with Red Bull. All the dudes like Kriss Kyle, Drew Bezanson, Hucker, have had different than the norm projects; it’s more on the creative side of things. I’m stoked to throw my name in the hat for that as well. There’s a lot of cool stuff to be done. Just keep trying to promote my love of BMX and get people stoked to ride. It’s just about the fun and being together; I want to spread it that much further than the people before me did and the people after me do.

JOYRIDE STREET INVITATIONAL 'IN THE CUT' 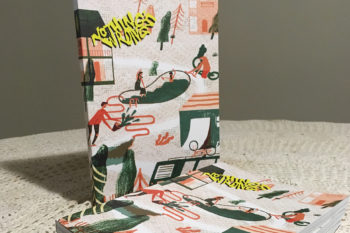 "I’ll always be content looking over fences and admiring gutters." 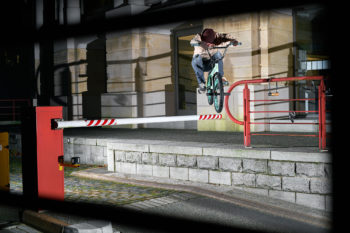 Jack Dumper - "If I can inspire just one person to grab a bike and ride then that's great..."

Seeking out fun no matter what