Photos by Jason 'Fooman' Colledge / 4DOWN | Intro by Steve Crandall

Any rider worth their own weight in salt should be familiar with dudes like Cam McCreadie. FBM riders have calloused hands from building their own fun and rugged smiles from hard earned laughs and Cam is the newest recruit in the UK to showcase the spirit of BMX on a handbuilt Steadfast frame, made in upstate NY. Get stoked. Stay stoked.

Care to give us a little info about yourself?

Sure - i'm from Cambridge, been riding for a while now. The real home is at the trails in Melbourn, the village I grew up in. Be nothing without the crew @villaroad .

What are you up to these days?

I'm currently in SW London, Kingston. I moved here at the end of 2017 to start a two year Masters in Architecture.

How long have you been doing that for?

Well I did the BA course for three tears up in Nottingham, back in 2011-14. After that I dived into some BMX trips to America and life stuff for a few years. Looking forward to a second wave of trips and good times after this degree though!

So you study in London, who do you ride with that way?

I cut a few laps at Kingston’s park, met some guys down there. I try to get up to north London sometimes for Clissold or meet Freddie from Epsom trails. I'm starting to meet more guys from the central London scene, Nathan Goring fucking rips too.

You’re a Woodyard local, have you always been a trails guy?

I guess so, I got into bikes by jumping stuff in the woods at the end of my road as a young kid, next to where Woodyard is now. The scene really grew in this area over the last 15+ years, It’s kinda all I’ve known building and riding trails in that village. I grew up with trails minded older guys and it’s just become the central part of BMX for me and as a group of friends. The whole UK trails community is pretty healthy!

Do you ride any of the trails around London?

Yeh, down into Surrey is pretty good... Solid guys holding down a number of good spots. I've been visiting some for like 10 years.

How would you describe your set up?

Pretty stable, someone called it long as fuck recently haha. Not too high on the front end, not a low seat and a tech 77. Hard tyres to go higher...

What’s with the bandage?

Dunno really, lightens up the dark setup? I intended to just keep the cable off the frame, to not rattle...

Back hub/both rims. They’re from my first full new bike build, after my Standard 125R was stolen in Nottingham, 2011.

Probably grips. I roll my right wrist and seem to wear that side down twice as fast. 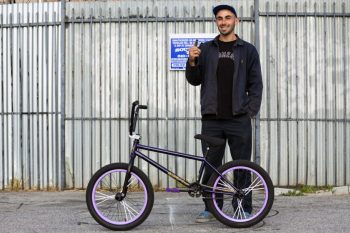 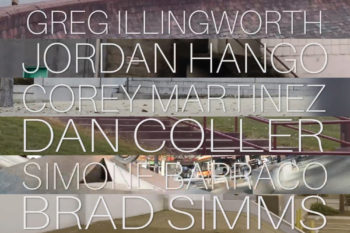