The resilience of the Nepalese is truly remarkable

Nepal is sandwiched between India and Tibet (as it was formerly known prior to Chinese takeover), the nation is home to the highest point on earth, Mount Everest and the magnificent Himalayan ranges. This was my third time in Nepal on a BMX trip, however, this journey was considerably different to the previous two. For starters, there had been a devastating earthquake in 2015 which heavily rocked Kathmandu (the capitol city) and the surrounding area. Ancient temples, stupas, homes, palaces, and businesses were flattened. The most heavily effected were those living in remote mountain villages, where the only access is by foot or by air. It killed nearly 9,000 people and injured around 22,000.

Seeing these ancient world heritage sites flattened was hard to stomach and stories of lost family members were utterly gut wrenching. The resilience of the Nepalese is truly remarkable. They're hardy mountain dwellers that have managed to take all this in their stride. The country has a notoriously corrupt government formed ten years ago off the back of a dethroned king.

Protests kicked off amongst the chaos and people had to deal with blockades on the boarders which resulted in the cost of fuel to cook food or operate machinery skyrocketing to triple. Add in the fact that Nepal is one of the poorest countries in Asia with minimal infrastructure and you have a FUBAR scenario that only the most rugged of sapiens could handle.

The first time I went to Nepal in 2011 there was no sight of a BMX scene, although we learned years later there were a few riders around and a Nepalese company producing heavy frames under the brand 'Chain Bikes'. By 2014, there were kids jumping off roofs (Sandeep Ale) and dialing in tech tricks (Roku Utsugi). Now, in 2018, the scene is growing even more, there is a bike shop in Kathmandu that stocks BMX parts (grind custom cycles), the scene holds jams, and there are professionally built skateparks in Kathmandu and Pokhara. Up until a few years ago the only park was in Pokhara, DIY to the core and hand built by Aus-tranny-wizard, Lex Dowley (the skater featured in this video) & the locals. Watching this catalyst burst over the past decade has been fascinating.

Interestingly, around the same time BMX and skating grew in popularity, Nepal developed a stronger hardcore punk and thrash metal scene. We held a skate & BMX jam at the old Pokhara park called FTP with a punk show after-party, featuring local hardcore acts Anautho Prashna, ROG (translating to infested) and Scoff. Bands offering fast paced riffs and furious lyrics of anti-authoritarian rhetoric and vegetarianism. It was after putting on this show, that our friends from ROG/Anautho Prashna told us about an all-day metal and punk show happening in the lesser trodden far eastern town of Dharan. We boarded an overcrowded bus and rode it for 23 hours on roads that teetered on the edge of Himalayan cliff drops whilst the driver overtook vehicles on blind corners. The death tolls on these roads are inordinately high. Upon arrival, we found that there were no tourists in this area and truly found ourselves to be AustrALIENS. Through finding this hardcore event we were welcomed with open arms by the most hospitable punks you could imagine.

Dharan is a town built on an industry of War. It is the HQ for military training and the British army hold Nepalese soldiers (The Gurkhas) with highest regard in their flanks. A large pay packet is awarded to soldiers that serve Britannia and survive. As a by-product, a cross-section of the current generation of Nepalese youth have recognised the act of war as abhorrent and are retaliating with art and activism, voluntarily clothing the homeless off the back of donations they rallied themselves, with no religious incentive, just pure punk ethos; peace and anarchy. These young men and women would end up cruising on foot with us between spots and got really stoked on BMX. Both Cal Egginton and I took spare bikes to Nepal with us from parts we hustled from our local scenes in the UK and Aus. One of those bikes ended up in Dharan and has become a communal bike for the punks to stunt on. They've since written to me displaying interest in starting a BMX/info shop and putting on BMX demos at their next hardcore show. Universal vibrations.

The video below was predominantly filmed from November 2016 to January 2017, with some older clips mixed in that were filmed by local riders Shisang and Sujesh earlier in the year. Filming our first Nepalese video 'Crank Tits' we met no locals, the second 'Steady Stoopin in Nepal' had two local riders mixed in, this video has full sections from Roku, Sandeep, Cal (UK) as well as mix sections of the riders from Kathmandu and abroad. The video was first premiered at Darryl Nau's Bar 'Mad Tropical' in NYC (USA), then in Perth (AUS) at a thrash metal show featuring a lineup of shredding Australian BMXers, including legend Jamie Mauri (former S&M/Bonedeth rider) playing his first live show. Finally, it was screened in Kathmandu at Grind custom cycles after a BMX jam, and now online for the first time via DIG. Om Shanti Om. 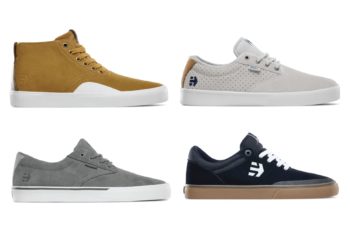 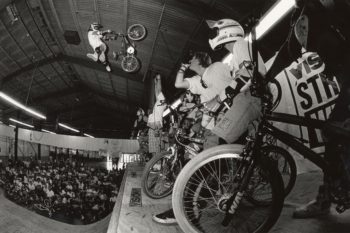 Why We Need To keep The UCI out of BMX, for now...

An Open Letter From Mat Hoffman