In an era where it's increasingly difficult to stand out as a rider there's one name that's been mentioned more than most here at DIG throughout 2018; Corey Walsh.

That slam he took at the beginning of his “It’s Later Than You Think” section was harsh. Yet, even with mutilating his jaw from that crash, he came back and wrapped up such a fierce (first ever) section, that is all about high speed, keeping it simple and riding his own way, in a wild fashion of course. And those obscenely kicked-out whips; who can ever get enough of those?

Not to mention he’s been living out a van for a chunk of the year in order to soak up as much concrete on two wheels as possible. What’s not to love? Corey Walsh is one of a kind and a roasting hot breath of fresh air.

We caught up with him just after the magazine came out, late in December 2018...

So what have you been up to lately?

Just got back from Australia.  I am at my parent’s place in Ontario for Christmas. While here I have been building out a new van while trying to ride as much as possible in a Canadian winter.

How was the Australia excursion?

It was one of the best trips ever. Jason picked me up in his bus in Melbourne. Rode there for a few days they hit Canberra and Sydney. Trip was only two weeks but it felt like it lasted forever. Everyone killed it. Crazy stoked to have one of my good homies get on CULT and do the first road trip with Dan Foley, Benn Pigot and Veesh. Video will be out soon.

What do you think about being DIG’s rider of the year?

Definitely did not expect that at all. Pretty stoked about it.

What did you think when you saw the cover?

It was pretty surreal. That was a crazy day filming ILTYT. Had always dreamed of doing that line so it was cool to see it in print.

As if looping Baldy wasn't crazy enough, the transfer you did after was wild. What did you think when you first saw Morgan Wade loop Baldy in "Drop The Hammer"?

That was one of the first BMX videos I watched as a kid.  I was only 12 at the time.  That shit blew my mind.

Did you ever expect to be on a magazine cover?

Not in this day and age. Pretty wild it happened. Never dreamed it would.

ILTYT is your first video part, right? How do you like it, and what was your reaction to having the opener part in the video?

Yep... It was a lot of fun filming but unfortunately I only had a couple of weeks to film after being hurt on the first trip. Would have been sweet to have more time being healthy but I am still stoked on how it came out. Everyone killed it.

"I ended up with some hardware and some missing teeth but overall got off crazy lucky."

The crash looked harsh; can you talk about the hospital experience?

Ya. That was the hardest slam I have ever taken. Was in hospital for 10 days in Palm Springs. Had reconstructive surgery on my face to put the pieces back together again. Ended up with some hardware and some missing teeth but overall got off crazy lucky. Remember the entire thing. No concussion. Glad I was wearing a lid when it happened. Glad I had proper insurance. The bill was over $ 350 K Canadian. Big shout out to TUGO. Would have been screwed without that.

Who has and/or continues to inspire you to ride the way you do?

My friends. The Fast and Loose Crew. All the CULT dudes. All the legends I watched growing up. Still pretty much obsessed with watching old videos, PROPS…etc.

What were the best five parks you rode in 2018?

What’s next for 2019; any plans to get away at all from the Canadian winter?

Finishing up the van over the next couple of days.  After Christmas heading south to Austin for a few weeks then off to Arizona and Cali.  Just going to try to Travel and ride as much rad stuff as I can!

Look out for the online premiere of Corey's CULT 'ILTYT' DVD part right here on DIG at midnight GMT this Monday (31st Dec). Be quick though, it will only be available for 48 hours!

Corey Walsh - CULT CREW "It's Later Than You Think" 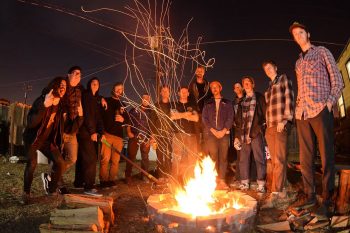 Vignettes of Being on the Road 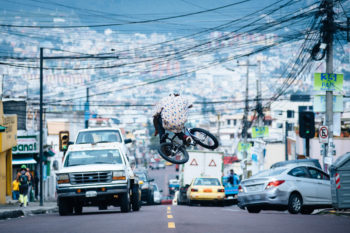 Keeping it Moto in Quito