Corey Walsh - CULT CREW "It's Later Than You Think"

In an era where it's increasingly difficult to stand out as a rider, there's one name that's been mentioned more than most here at DIG throughout 2018: Corey Walsh.

That slam he took at the beginning of this “It’s Later Than You Think” section was brutal. Yet, even with mutilating his jaw from that crash, he came back and wrapped up such a fierce (and his first ever) section, which is all about high speed, keeping it simple and riding his own way, in a wild fashion, of course.  As witnessed in his “ILTYT” part, Corey is also becoming a master of sniffing out insanely large transfers where no person has gone prior, and executed them with such a casual and controlled style. And those obscenely kicked-out whips; who can ever get enough of those?

Not to mention he’s been living out of a van for a chunk of the year,  seeking warmer winter temps than what Canada offers and soaking up as much concrete on two wheels as possible. What’s not to love? Corey Walsh is one of a kind, and a roasting hot breath of fresh air.

This first ran as a 48-hour exclusive, courtesy of our Official DIG Partners CULT CREW

Check out the interview here with our 2018 DIG 'Rider Of The Year'. 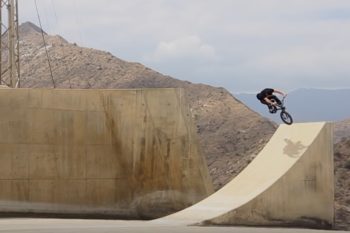 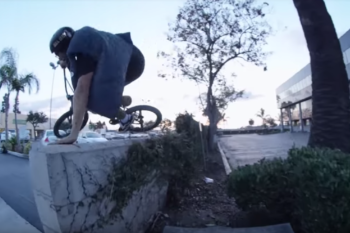 Spot one was a bust, round two worked out better