Photos and Story by: Matt Cordova | Intro by Wes McGrath

It's no secret that there is an everlasting style within BMX that embodies simplicity with nothing more than high speed and nerves of steel. The 'FAST and LOOSE' crew does exactly that, keeping BMX fun and simple these riders take their levels of riding to any terrain; this time it's strictly some of the best dirt and concrete transition around. In the common visual of BMX today we often see a style of riding which is much slower and lower than a lot of what has come before - a style that has no connection with the ambition and skill of this fine line up of trail and tranny shredders. Matt Cordova, Jason Watts, Kris Fox, Corey Walsh, Cody Pollard, Angie Marino and of course, Dylan Lewis all hopped in a caravan after the Vans Pro Cup Finals in Huntington Beach and headed up to the Pacific Northwest, traveling in search of new terrain, big air, and good times.

This trip up to Oregon was a few months in the making. Jason Watts, Kris Fox, Corey Walsh, and I originally pondered up this idea back in May at the Malaga Spain stop of the Vans Pro Cup. The idea of making a DVD came to the table, an all transition, full throttle, pure roasting video. A couple months later, a few texts rolling through a group message, and the stoke was escalating. The crew was established and Fast and Loose is born. After the Vans US Open of Surfing, the 4 of us load up into 3 vans along side with our good friends, Cody Pollard, Angie Marino, and Dylan Lewis, who I was working on a separate project with. The plan was to head north and meet up with Nathan Sykes, the Oregon boy himself. After getting a late start and making it to just before Redding, Ca. Jason’s headlights start to dim as his alternator fries out on him. Corey and I guide him into a hotel parking lot and we all begin to cess out the situation. That night we slept in the parking lot desperately waiting for the opening of any auto parts store. The new alternator installed with no problems and we are off to Talent, Oregon.

The Fast and Loose crew in totality...

" The crew was established and Fast and Loose is born"​​

Cody Pollard with a classical execution!

The crew being a little restless bust out of the vans like caged beasts. Our tires finally touched down on some grippy Oregon concrete! There’s something about the way Northwest parks feel that you don't get many other places. It’s extremely interesting watching the way other riders pick apart a skatepark. How one person will evaluate and use little bumps and imperfections to their advantage in linking a line together. Jason was doing this massive pocket air, taking off in about the middle of this gnarly pool coping deep end. It seemed like he was jumping the entire bowl with how far he was traveling. As the sun was setting and still having a few more hours to cover we load up after Nathan met up, and head to the coast. Where we setup camp in the pitch black, not knowing what lies on the other side of this grassy hill. And wake up to being within a few hundred feet away from the ocean. After indulging at a local café we make our way to the park and run into a small crew of fellow BMXers having their black coffee morning cruise. With open arms and welcoming fist bumps we join in on their session and what a treat it was. Still wiping the crust out of my eyes, and trying finding a line to start to get warmed up on. This was definitely a park where all cylinders had to be firing properly. There’s always an obstacle or something specific that stands out at a skatepark, and the massive cradle with the “Sky Track” was it. After a few speed checks, Kris went for it executed it flawlessly. As he was clocking laps in like Dale Earhart Jr on a Nascar track each time going over the Sky Track, he was getting more and more leaned over. The term Less is More could not be more fitting. I could have watched him carve over that capsule all day. This just being the warm up spot and already spending a little bit more time then we all were anticipating, we are off to Reedsport where we would spend the remainder of the day.

"I could have watched him carve over that capsule all day!"

Ain't a road trip without a few bumps in the road!

Friends, bikes, ocean views... What a PNW trip should be all about!

A park like this only seemed to exist in dreams, perfect hips and large smooth quarters. I knew some insane shredding was about to take place. Everyone finding their lines, trains taking place, deck jokes and laughs. It was hard not to sit back and just take it all in. Wide eyed and a huge smile Angie spouts out to me "I love hips!” that was pretty evident with how high she was going. Kris and Cody found some unique lines. Along with Corey looping the full pipe. He made it look so easy, minimal speed and completely effortless like he was on rails. Knowing we had some ground to cover, we head north to the town of Florence. Most campsite signs reading No Vacancy, home was going to be a beach parking lot. Waking up to a windshield full of rain drops, the crew decides to try and wait out the weather at a local coffee shop. With no signs of the weather improving, and a couple phone calls, new plans are made, an afternoon BBQ and session at the Backwoods trails. Hailing on the property of Frank Walters, this spot is such a treat to be able to ride. Nothing compares to trains with some of your best buds. We ended the night around the fire pit sharing life experiences and heaps of laughs. Big thanks to Frank and his family for the good times and letting us crash on their property. With knowing how good the Florence park was, and a group decision, we had to head back to the coast in the morning. A quick weather check after waking up, and we were west bound and down. Having been to this park in the past and knowing it’s uniqueness, I knew we were in for a treat. Watts laid down some insane front wheel maneuvers. Corey being the cradle master he is, did things my mind could not comprehend. Not many of us get the opportunity to ride a box jump on a regular basis, Angie took full advantage to say the least.

Wide eyed and with a huge smile Angie spouts out to me, "I love hips!” That was pretty evident with how high she was going!

A quick change of plans and the crew is out of the wetness and into the dirt!

"Nothing compares to trains with some of your best buds."

Frank Walters curates a jump in his mountain hideaway paradise!

Laughs, beers and some time to relax after a long day of shredding! Thanks to Frank and his family for the hospitality!

With the goal of hitting two parks a day. We zig zag our way north up the coast to Waldport. Not knowing what to expect and just missing a heavy crew of skaters. We walked up to a gem of a park tucked away in the trees. From what started out as a mellow cruiser session, things heated up quickly. Corey and Kris tagging each other in, launching across the park. Angie sent her fist sky track on what seemed to be the perfect one. Next morning we were off to the small town of Siletz, where one of the craziest bowl resided. This was a place where not many things lined up, bowl corners were not all the way round. It made you be on your toes at all times. All of which Corey thrives off of. He might of filmed one of the burliest clips using the whole park in one line, leaving us all scratching our heads. We were all in a loss for words afterwards. The only thing we could do is just yell and ask how the heck he just did that?! Most of this trip was spent along the coast. It was time to head inland to the Portland area. After urban camping in a construction site parking lot. West Linn was calling our names. Another park that was almost overwhelming with the amount of lines and transfers. Everyone was killing it, that bowl got carved up like a thanksgiving turkey. Kris found a big elbow to elbow transfer that he ended up destroying with a beautiful lookback. Nathan’s phone rang with a tip off of a session at the Vancouver park. That being a no brainer, off we went. Little did we know we would be graced with a great session with rad people. Kc Badger, Andy Merrall, Shad Johnson, and Nutter were all there getting their shred on. The screaming eagle (Cody Pollard) was taking flight he was going so high.

Van Life with a little bit of Jack...

As the sun started to say it’s goodbyes, so did we. Corey was going to continue on his way, 5 hours north to his home. Andy was kind enough to let us crash at his apartment that night and treat us with a burnside sesh in the morning. Watching Andy ride there is like watching your favorite trail rider, ride his local jumps.  While in Portland we had to stop by and see the man himself Shad, at his shop Goods BMX. After an hour of friendly trash talking we head to our last stop of the trip, the infamous Tigard skatepark. To say the least everyone was pretty exhausted, physically and mentally but that didn’t stop the fun at all. Everyone was still sending it and getting loose. Nathan let us in on some local lines and just put on a show. One more night of camping and we would make our trek home, or so we thought. Jason’s van decided to piss all it’s oil out in Sacramento, taking us about 5 hours to figure out what was going. A 16 hour drive turned into about a 24 hour drive. This was definitely a trip for the books, with such a great crew and  amazing spots. Looking forward to the next one!

Corey Walsh takes advantage of any tranny... Rough or smooth, you can always expect nothing but high speed goodness!

Angie checks off her first 'Sky Track' carve of the trip!

It looks like Kris is up to the same performance standards as he held at the Vans Pro Cup!

Corey Walsh pocket to pocket transfer as flat as can be!

Corey Walsh with a huge and seamless loop around the full pipe in Reedsport. 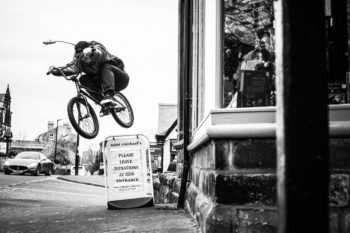 Please Don't Let Me Be Misunderstood. 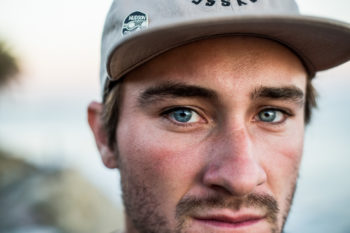 "BMX doesn't owe me anything "