Ain't nothing but the truth!

Once upon a Barcelona visit, I had the pleasure of meeting a very young and genuinely motivated Miki Da Silva. This was my first time in Spain and I was experiencing a type of bike rider I was more familiar with in my younger days of BMX. The community that Miki surrounded himself with was an amazing set of people that strive on street riding and take pride in their friendships, in a way that was refreshing to me! Somehow, Miki stood out to me one day, when he came out riding with myself, Donnachie, Coulomb, Perrin and more filming for the most recent Nearly video. He was real, he rode steel pegs and he was just so happy to be riding his bike. Needless to say, Miki is much more than just a happy guy with steel pegs, he is a person who has come a long way to be where he is now and it's easy to see that he deserves it. In fact, last year we called him out in the now annual DIG Awards, as the "Best New Blood' of 2018.

When I left Barcelona, I extended my invitation to Miki to come stay in California with me in Long Beach, just to ride and have a good time, as it was his first visit to the United States. He told me that he would try his hardest to make it happen and sure enough in just under a years time Miki was booked for LAX! We spent a month in Southern California enjoying the finer things and took to the streets to see what we could find. It didn't take too long before Miki was stopping the car, jumping fences and hopping on roof's all over the place... and we found ourselves with a full video in just 10 days of actual filming.

If you haven't heard of Miki Silva yet, thenI'm sure he'll be dropping in on you one way or another soon.

Miki in Downtown Los Angeles, just after getting a couple nice clips at the police station! Miki was certainly getting some quintessential LA spots checked off the list!

When and where you were born:

Barcelona, Spain on the 13th of April, 1998. My heart and blood is Brazilian.

How long have you ridden BMX?

How long have you lived in Spain?

Since my brain can remember it.

When we got to this spot Miki had another trick in mind off of the roof but I'd say this bar spin is gnarly enough and he had himself another nice roof under his belt!

What did you do as a kid before you found BMX?

I played football (soccer) I and I used to go everywhere with my bike so I wouldn't go with a BMX but I would love the feeling of doing little bunny hop's and going fast!

Who did you look up to as a rider when you were young?

Garret Reynolds and the crew from a nearby town called 24/7 BMX. When I started riding I would prefer go with my homies and create a crew rather than go and do tricks. Of course everything came along but the crew was always there.

Who are the most influential people in your life right now?

My family is always there but I would say that my girlfriend and my crew are the ones right now!

What are your favorite parts of living in BCN?

The street life of everyone and the BMX scene.

Tell us a bit about your crew in BCN? What’s up with the PShomies?

The PSHOMIES come from a little plaza from Rosario, Argentina. It was and is still a crew in Rosario but two of the members moved to Barcelona and brought the name of the crew. We still say, "Paralel Siempre" in Barcelona, which started with the crew in Argentina.

Miki shows his happy side quite easily...

Miki picks battles wisely but when he wants to get it he definitely doesn't back down!

When it comes to pegs, do you run metal or plastic?

Metal 100%. I was cheated using the plastic this last time. Always in time for the corrections.

Barcelona is an amazing city filled with endless spots, which do you prefer, ledges or rails?

Rails are my favorite set up. If I can jump from a ledge to a rail, that's better than just a rail on it's own. We are a group of riders in BCN that usually meet in Paralel - we love the homies and the 20” bikes. We love to meet new people, have a ride with more people that do the same shit as us; ride a bike.

How did your connection with United happen?

I managed to go to the Qualifications of the BOH in 2018. My bike was falling to pieces but I was used to it. I love the vibe of the English people, so I had a pretty solid run that you could see in my face I was having fun. When I finished this guy Fooman came  and told me for I should ride for United. I was definitely down for that. He told me Ian Morris would come and talk to me. He came and presented himself and I was stoked just talking to him. We meet the next day and made everything work from the first moment.

Describe what your life has been like since the last Battle of Hastings 2018.

I never expected that. I just ride BMX because I like it. Since that lots of good things happened and make me feel so good when i'm riding. Have to be thankful for all the good things that are happening to me.

"I quit studies and started washing cars. Got the money and went travelling with the help of the brands - I can't be thankful enough!"

Tell us about your California experience?.

It was quite a big project for myself because I wanted to go when I was in school. I quit studies and started washing cars, got the money and made it, with the help of the brands I can't be thankful enough.

I love it and I had a very good time for sure. Everything is perfect for riding and for having a good life with my man Wes McGrath. If it wasn't for him and the homies my experience wouldn't have been that good, I'm sure.

Spots are perfect. Nothing will stop you because that same setup could be in a skatepark.

What was your favorite aspect of California?

The architects that build the perfect roof setups and roll ups.

What would you say is the major difference between the scene here in the states and the scene in Barcelona?

Life is closer in BCN, we ride all together and we feel we all are a big family. In the States, at least what I saw in California, BMX is very big so it's very distant. In BCN we meet homies in the spot with no talking to anyone. Its another vibe maybe.

What made California street riding so much different than what you are used to?

I never jumped off a roof before going to the States. I'm not used to the big setups and also the perfect rails I saw everywhere.

Well, this spot is just too good! Tony Malouf suggested this one and it took no time at all for Miki to jump up there and check it out... If it wasn't for those power lines, Miki might have fallen backwards off of the second roof! Check the video to see how he pulled this one!

How does it feel to be Miki right now? You’ve gone through a lot to get here and it seems to me you haven’t changed at all…

I have the same feelings with my bike since day one. I love it. I can\t be thankful enough for what a bike gave me. I think about it everyday, look at all the people that didn't find something like bikes are to us, I feel sorry for them. I'm the happiest kid in the world. I hope nothing will stop me.

Any thank you’s or shout outs to anything or anyone who helped you get to where you are today?

I want to thank the feeling of BMX in BCN. I rode bikes always with a smile because my homies were there and they are right now. I'm going to thank my homies from Sant Cugat they have been there from day one and especially Eric Sans - he got one homie to sell me the first BMX I had.

Coming to America... and jumping off every damn roof! - More Info 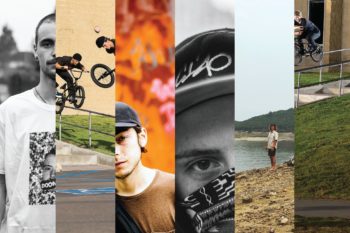 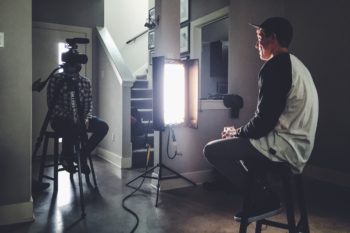 The Making of Go Fast Pull Up

The story behind filming for The Jimmy Levan Documentary