Words And Photos by Rob Dolecki.

Bethlehem, Pennsylvania O.G. Mike Gentilcore has had a dream for a few years now. One that involves a mix of BMX racing and real trails, racers and trail riders alike riding together. One that doesn’t involve clipless pedals and bikes containing carbon-fiber materials, jock mentalities and lack of bike skills. Mike's vision was finally realized this past weekend, in his actual backyard, no less.

Twenty-six riders came out for the inaugural TRA Double Cross event, built by Dave King, Chris Janis and the Dirt Sculpt crew. Basically it was two riders at a time head-to-head down a legit trails course, with the winners of each moto moving on to the next round. Following the race, a dirt jump comp went down (with many of the same dudes who were also in the race), taking place on the same course.

And it was completely entertaining to witness. That might be the first time in probably a few decades that I can honestly say that about a BMX race (no offense to anyone reading this who currently races). I mean, how often do you see a spectacle like Chris Doyle and Van Homan battling each other in a race, down a straight of steep lips and landings, and even more importantly, the huge smiles on their and everyone else's faces who comes across the finish line? Anyone who was in attendance can attest to how refreshing this was compared to an average BMX race. From this day on, Gentilcore and TRA may have changed road bike-esque face of the BMX racing that we know this day and age to something better; a platform that represents the true face of bike riding, and real soul of what we all know and love. I’m already counting the days until the next one. 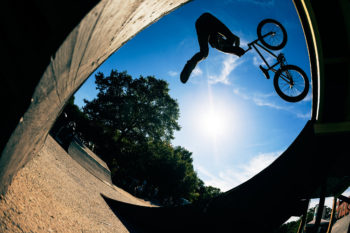 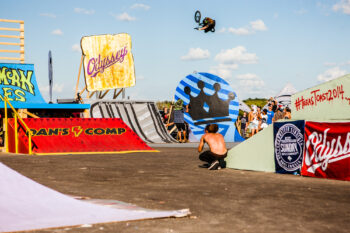