Filmed and edited by Francis Delapena

Sandy Carson may not ride his BMX as much as he used to, but watching him hit the trails in this video shows that he's still got that natural talent and a mean downside whip. Catch up with a legend, find out how an MCL injury lead him to embrace the larger cycling world, and what he's been up to with a house full of cameras and cats in Austin, TX.

Mostly our team is made up of friends who are doing cool things. Folks we admire. People who in some way have bicycles as part of their lives. Sandy couldn't sum that up more.

As a full time photographer he is always doing something exciting... some shoot or another, working on his own photo books and shows, or traveling around to odd places. More than any of that what really makes us admire his work is the way his photographs portray the world. He takes some of the most interesting photos we know of by catching little details that the rest of us skim over. Those little things that when expertly highlighted can reveal special moments all around us.

On top of all that he is an amazing bike rider. A cyclist who is perpetually motivated to ride all kinds of bikes. Riding with an infectious sense of humor and inspiring enthusiasm. His great history as a sponsored BMX rider means he can naturally shred on any bike. Applying that mastery to bikes with other sized wheels has lead him into an even bigger love for cycling.

We spent some time down in Austin filming the man and would like to present to you this video. Check out our friend Sandy." - Fairdale 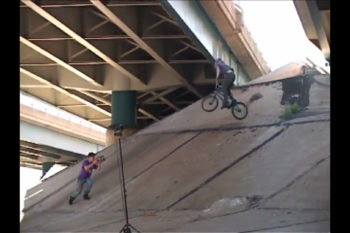 No one sends it with the coaster like JE 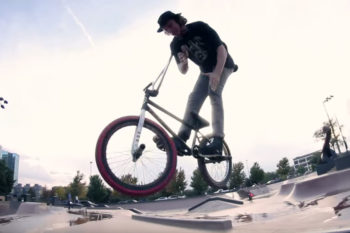