Filmed and edited by Ryan Hallett

This one has been cooking for a while now but due to a typically shitty UK summer Andy Cameron and Kona Hellier had to wait until September until they could get some time to film at the Decoy trails. If that wasn't enough, filmer Ryan Hallett was due in for ACL surgery the next day so it really was last chance saloon stuff. Thankfully though the stars aligned and the result is pretty damn awesome.

"I first met Kona about 4 or 5 years ago whist I briefly lived close to Decoy, Kona was recovering from two shattered legs after over jumping a freestyle MX ramp and landing flat! As for Andy I have known of his name for years as he used to race BMX at the same time as my little brother but I only met him earlier this year. I have seen these two progress so quick over the last few years at local park jams and then ripping every year at the annual Decoy Jam and have wanted to shoot a trails edit with the two off them for a while now! At the start of the summer I got started. We planned a few dates but due to the soggy British summer were un-able to shoot until early September; the day before I went in for ACL surgery and probably the last day we could have shot it this year. The weather had been good all week leading up to our shoot day giving the jumps time to dry out and Kona and Andy time to prep them as they had not been ridden since the 2015 Decoy Jam over a month before! This obviously meant they had not ridden the jumps since the jam but this did not seem to phase them both as they dropped straight into the biggest line (wish I had that confidence) infact we managed to shoot the whole edit within about 2 hours and to watch these guys rip up their local as if though they had been hitting these jumps every day that summer was a pleasure!" - Ryan Hallett 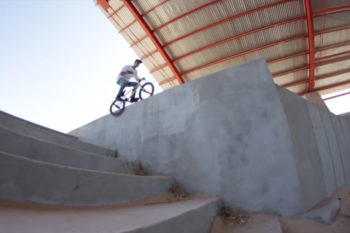 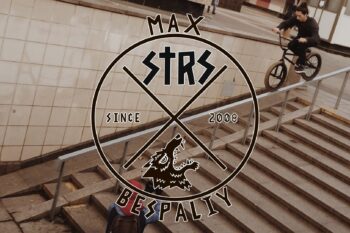