Filmed and edited by Nick Jones / Photo by Zach Marin

As far as East Coast cities go Washington D.C. has never had near the level of exposure that NYC, Philly, Boston, or even Baltimore have enjoyed.  The FTL crew of Austin Mazur, Billy Perry, Jason Stelter, Justin Koebele, Zach Marin, and Nick Hones ventured south from Long Island to see what DC had to offer for themselves.  They only spent 3 days in the city and came away with a ton of great footage, so I'd bet they'll be back in no time.

"Over the summer we decided to gather the crew and road trip down to Washington, D.C. for 3 days in search of good spots and good times and we were definitely not disappointed. Featuring BMX riders, Austin Mazur, Billy Perry, Jason Stelter, Justin Koebele, and Zach Marin. Filmed and edited by Nick Jones! Thank you to Zach Marin for being an awesome host and spot tour guide." - FTL BMX 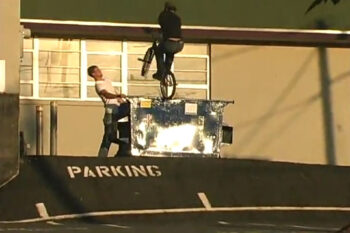 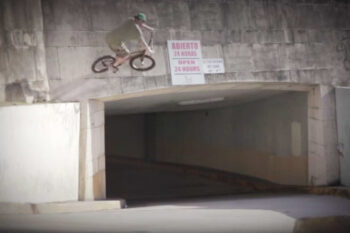 Chasing waterfalls and wallrides in PR