Ride really made it happen with this, a true honour to Gabe, Rest in Peace

Ride says it best below, but that one clip of him getting pushed in chainless, half cabbing this huge set then jumping off his bike avoiding Caleb try to catch him then flipping off the the wall and avoiding him again is legendary.

"Gabe Brooks was like a BMX superhero. The first time I ever met him he had just gotten back on a bike after a small stint off of it, and he was loose as hell. He looked like he'd came straight out of a movie about the hood, and just seemed like the furthest thing from a typical BMX rider that you could possibly imagine... but he was calling out superman rail-hops to flat and other crazy shit, and actually kind of sending it. It was obvious that Gabe had at some point ridden BMX, but it's insane to see where things went from there. Within a couple of short years Gabe got pretty damn good, racked up some sponsors, traveled to Estonia, had some sponsor change-ups, but then put out the best video part of his career in Stranger's "No Hype". Gabe also left a legacy behind with the influence he left on people, he had a way of motivating those around him and showing everyone what their true potential was. The circumstances of Gabe's passing are truly tragic, but let this memoriam celebrate the life he shared with our community of BMX riders. RIP Gabe. Thanks goes out to Miles Rogoish, Darryl Tocco, Mike Mastroni, Chris Mortenson, Nuno Oliveira, Vital BMX, TCU, & Defgrip for their support in video / photo contributions." -RideBMX 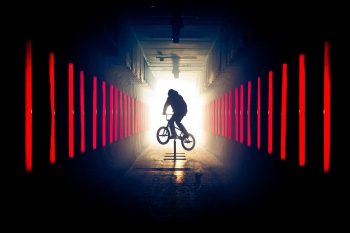 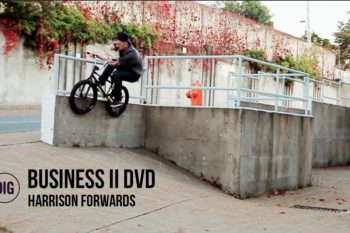 Four Words: You should watch this