The first pro event of the weekend at the Mongoose UK Jam featured a wild session in the bowl with James Jones, Ben Wallace, and Jack Clark taking 1st, 2nd and 3rd respectively.  Team Isted currently holds the lead as far as teams go, but there's more events yet to come before the overall winner is decided.

"Day one finished off with the pro bowl jam where 19 pros from the field of 24 athletes went head-to-head in the first pro event of the weekend. Riders quickly found flowy lines while linking sub-box tricks, big airs and tech tricks over the spine.

Stand-out tricks included Ryan Taylor (Team Casey) starting his run with a flair drop-in from the deck, Kevin Peraza (Team Peraza) doing a picture-perfect 450 nose manual over the wedge hip, Gary Spencer’s (Team Ryan) 360 whip to foot jam – bar in and Pat Casey’s (Team Casey) 180 double whip over the spine finishing off the line with a fakey 360. At the end of the day it was Team Isted’s, James Jones’ who edged out Ben Wallace and took first with lofty airs like bar to tuck no handers and endless whip variations." - Mongoose 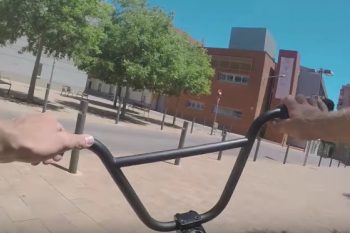 WTP - On Board With Mo Nussbaumer in Barcelona 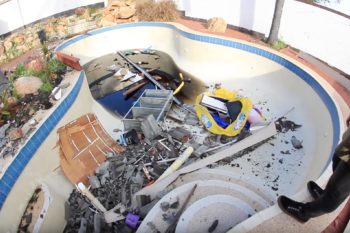 Drainer - The "One Night Stand" Pool