Mr Real gets back to his roots...

Filmed and edited by Keith Terra

Hello all, I'd like to take the time and re-introduce Mr. Shawn Real. I'm sure there are some of you out there that have heard of him, but I'm betting a bunch of you haven't. So for all of you that aren't in the know, here's a little insight. Shawn currently resides on Long Island in New York, but he is not from this great island. Shawn is originally from Florida and thats where he learned about this cool thing called BMX. Fast forward for some time and you will find Shawn living in the place known as 'Pro Town' or Greenville, NC. Living in that area you have nothing better to do but to get good at riding, and Shawn followed suit. Riding places like The Unit and JCC park with all the amazing riders from that area, you might as well become a bad ass… and Shawn surely did. After his years in Greenville Shawn found himself moving up to Long Island for work for six months or so, and he coincidentally moved to the same town where myself and Russ Barone live. After meeting Russ and the other dudes he continued to ride with all them, but mainly stuck to street and park. Thinking he wouldn't be interested, It wasn't until a year or so later that Russ told him about the trails… but little did he know that Shawn grew up racing and riding jumps. Since he's been coming down to the trails and since I met him I've learned a lot about this individual who I can now call a true friend. Shawn is a stand up human and one hell of a fucking ripper. I wanted to put this edit together of him cause I hate when I see people of this talent get little or no recognition from the BMX world. So sit back, enjoy, and recognize. - Keith Terra 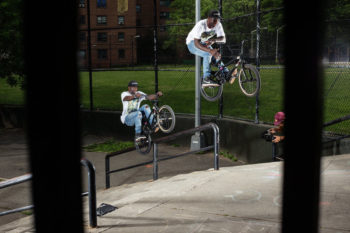 Opinions are up and down, but the truth is universal... 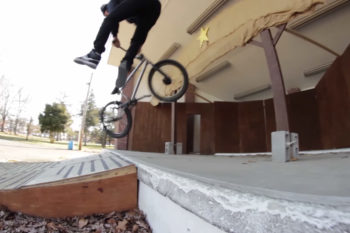 Winter is not enough to keep ECD out of the streets...