"I can tell you that back in ‘93, no sane man would have thought you could tire ride up a round handrail..."

Filmed and edited by Dave Parrick

"I had never seen anyone like Kevin Gutierrez before, with his wild eyes and unruly afro, he rode like a man possessed. This dude was the very definition of freestyle, snake seatpost and all, sometimes spontaneously making up tricks as he was doing them. The Gute did tricks in 1993 that I’ve still never seen anyone do, one of them being the mind-boggling abubaca to no hander back in, equally as confusing were his handrails to turndowns. I had heard rumors that the Gute had filmed some of his clips while under the influence of LSD, and while I have never heard that claim confirmed, I can tell you that back in ‘93, no sane man would have thought you could tire ride up a round handrail. Just saying. Austin’s slogan is “keep Austin weird” and The Gute has been doing just that since the early 90’s. God Bless Texas." - Stew Johnson 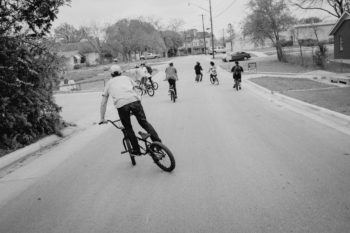 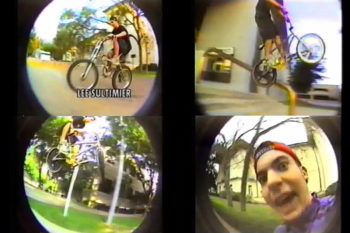 "This dude was out to raise some hell, and his bike was the tool he used to do it."