"It takes guts to do something that you know people are going to give you shit for..."

Filmed and edited by Eddie Roman

Ride On didn’t stray far from Eddie’s classic video making form, sprinkling comedy skits throughout, but one noticeable thing that wasn’t there before were these sort of public service announcements, one in which Eddie shares his personal experience experimenting with drugs, and another where Vic Murphy talks about his relationship with Jesus. To be perfectly honest, the first time I saw these I wasn’t really sure if they were entirely serious, being that these guys were two of the biggest goofballs around. Eventually, I realized that they were serious, which didn’t really bother me. I actually admired Eddie for including a viewpoint that was probably the exact opposite of 95% of the BMX crowd. It takes guts to do something that you know people are going to give you shit for. - Stew Johnson

Taken from the DIG article "The Eddie Roman Influence". 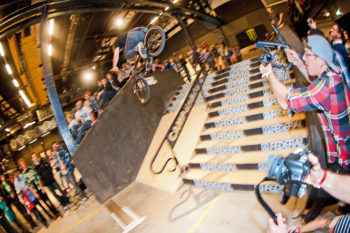 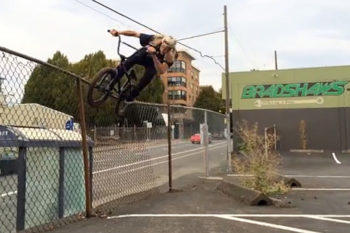