The craft involves a freecoaster, four pegs, and a brake

Next up in our release of sections from Vagabond Squad is Jesse Baraniuk. Some words from filmmaker, Justin Schwanke: “You’ve probably heard this quote at some point: ‘Give a man a fish and you feed him for a day; teach a man to fish and you feed him for a lifetime.’ Jesse may cringe at the fact that I’m using this quote to describe him, but it partly sums up his lifestyle. The important distinction with Jesse is that he’s self-taught through and through. Jesse—or “Beans” as some may call him—is independent to his core and hates being told what to do. That’s probably part of the reason why he’s been living in a camper van, working only as needed, and posting up around Canada. Jesse likes to figure things out himself and take care of himself. It’s this attitude that is probably why Jesse progressed the most of anyone in the crew during the filming of the DVD. It wasn’t his friends giving him advice on new tricks that significantly improved his riding; it was his personal drive to experiment and master his craft. For Jesse, that craft involves a freecoaster, four pegs, and a brake. Give a man a freecoaster, and he will learn to ride backwards. Give a man four pegs, and he will learn to grind on all sides. Give Jesse a brake and clear pads, and he will verbally assault his friends. ‘Screech, screech.’ I guess what I’m trying to say is I admire Jesse’s nomad spirit; that spirit shines through in his riding and this DVD part.” 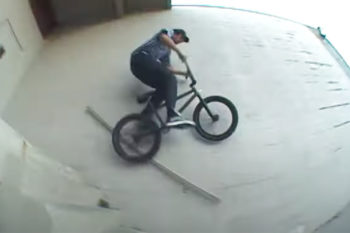 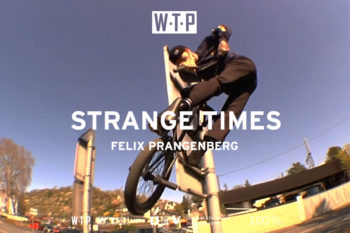