10 Things You Didn't Know About The United Promo

"He emerged the next morning with a hip the size of a football..."

Christmas was extra enjoyable last year and it could have been something to do with the United Promo dropping that same day; in fact I think i've watched it six times already... I can only imagine how much I'll be playing the DVD if the promo was made up of those leftovers. We got a hold of the man behind the video production, Peter Adam, to see if he could tell us something we didn't know already...

01: The Ride On inspired burying of the DVD opening was filmed in the Markit houses back garden... only a few miles from where the original Ride On intro was filmed.

02: The kids screaming on the bus was filmed in Dublin Ireland, they where on an amphibious vehicle tour of the city and the driver was yelling at Jeff on his loud speaker, daring him to do the wallride on the Police station wall.

03: Harry Mills-Wakley's final clip in his segment was the last trick on the last day of our trip to Denver. We went from there straight to house to pack the bikes up.

04: In Alex Valentino's segment... if you look closely at the first clip and a few throughout he's actually got both his hands heavily bandaged up from a crazy slam he took a couple of days earlier. Most people would have gone home but Alex is tough as nails and rode with seeping palms the rest of the trip!

05: A guy called the police on Alex because of his 360 tree nosebonk damaging the olive tree. We packed up and got out of there quick.

06: I slammed filming on my skateboard from sheer exhaustion. I arrived late the night before into San Francisco after a long flight from Ireland and got thrown in the deep end first thing the next morning filming long, fast lines.

07: Even though Nathan got "Rodeo Peanutted" for his Ian Schwartz ABD, In his defence he didn't even know I was filming, I just wanted to show that he does gnarly stuff for the fun of it.

08: Tom Sanders' crash at the end of his segment was brutal. He was convinced straight away that he'd broken his hip but wanted to see how it felt the next morning. After being carried into the hotel and up to his room over Jimmy Rushmore's shoulder and having an extremely uncomfortable nights sleep, he emerged the next morning with a hip the size of a football but thankfully it wasn't broken... he thinks.

9: Fernando's nut sacking at the start of his segment was another case of serious jet lag kicking in. He had just flown in from Malaga ons sleep, this is how the first school on the first day treated him.

10: If you look closely at Christian's massive backwards rail in New Jersey, you can see a massive rock he had to wedge in so it didn't flex like crazy. Bonus: Christian got the pegs to oppo hanger on the church rail with a little help from a special tool the night before to de-stopper it. 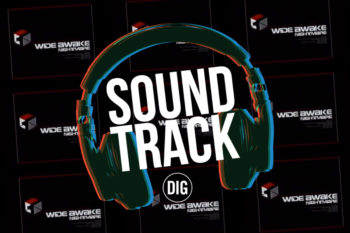 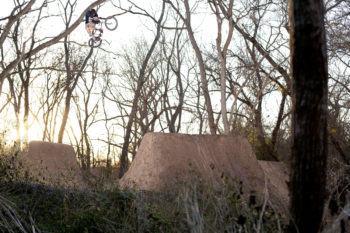 A closer look at the Credence DVD