In the summer of 1991, when Mat Hoffman’s Sprocket Jockey shows were on the road and making things happen, Mat popped out on the deck of the portable halfpipe and asked Kansas City Rogue/overall rider Rick Thorne a question: “Hey yo Thorne, you wanna ride for my new bike company I’m starting called Hoffman Bikes?” Thorne was in disbelief. “I was like, uh, me?” he remembers. “It was a moment I’ll never forget. And I was so excited I think I did my ever best show run on the vert ramp ever!”

Thus began a decade long relationship between Rick Thorne and Hoffman Bikes. Of course, Rick’s story didn’t start with HB. He was part of the scene that sprung up in the Kansas City area in the 1980s, and rode with the likes of Dennis McCoy. And like DMC, he rode everything: flatland, ramps and street (before it was considered a discipline.) He rode AFA comps, he rode 2-Hip King of Verts, and enjoyed hook ups from brands such as Mongoose, Haro and GT. Rick was different though. He found punk rock music at an early age, and utilized his energy and aggression to not only expand his riding, but also expand into announcing Sprocket Jockey shows, followed by Bicycle Stunt comps. He could get a crowd on their feet both from his riding and from his announcing, and that’s not something too many people organically possess.

Rick Thorne was also nonstop. Maybe it’s something in the Kansas City water, but both Rick and DMC never seemed to slow down. They were always riding, always learning and always laughing. And they both put those talents to use securing the overall titles at AFA and then B.S. comps. It was truly a sight to behold to see Rick and DMC throw down in pro flatland and then ride vert at a pro level. And again, it’s not something too many people can do anymore. So when Mat Hoffman got his first five prototype Condor frames built by Linn Kastan, Rick Thorne was on the receiving end with instructions to try to break the bike. He didn’t succeed, and went on to ten successful years of sponsorship with Hoffman Bikes. But BMX was never going to be good enough for Rick, and he took his years of MC duty to new levels for TV and film, as well as continuing a demo cycle for Vans Warped Tour.

The sky remains the limit for Rick Thorne, and the word “no” does not exist in his vocabulary. From stand up comedy to music to film, Rick took his multi-faceted approach to riding and applied it to life in general. He doesn’t fit in one box, and it’s hard to describe or categorize what he does. Is he a BMXer with a music career? Is he a cooking aficionado? Or is he the Sirius Radio voiceover guy? He’s all of that and more, plus an awesome dad. And no matter what you say or do, Rick Thorne’s “do it all” approach is going to continue well into his old age and beyond.

In fact, I wouldn’t be surprised if Rick tries to be the first legitimate senior citizen to throw a 540 on a vert ramp. But luckily, Rick’s first issue of AARP Magazine doesn’t arrive for a few years still. - Brian Tunney 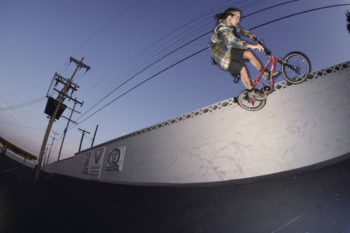 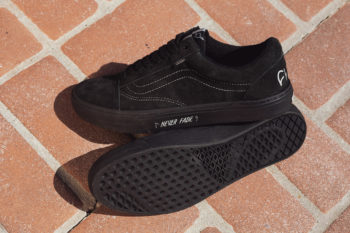 The sixth collection from Vans and Cult