Everything about this video screams "I'll do it my way"

So is this AK's most progressive edit to date? Alex has been at the forefront of street riding for years now, pushing what is possible with four pegs and a coaster and all while making it look as good as possible. A noteworthy point to make is the inexplicable amount of flow that AK creates throughout his lines, rarely slowing down or getting jittery. Maybe it's all that meditation that keeps him so chilled out mid-line? And those half cab tables… i mean they couldn't look any more perfectly placed, and who else it doing that in a clip alongside a backwards ice to backwards smith 180 smith 180?!

Some of you may not have even noticed but AK mentioned to us a while ago that he might be chopping off his dreads and halfway through filming for his new DIG video he did exactly that. For some it will be something that isn't worth a second's thought, but when you have such a badass barnet in can actually excentuate clips, and especially when they're floating about in a photo. We loved the afro and we felt exactly the same about the dreads, but what's next? A monk cut?! We hope not, but even if he did he'd probably make it look cool as fuck.

It's no secret that Rich Forne has some serious skills when it comes to filming and editing BMX videos. Ever since he produced his first solo project Us & Them and then won the 2009 Nike 'Media Apprentice' contest a few years later, Rich has been pointing his camera (and throwing weird questions) at some of the best riders on the planet, all over said planet too. Alex was one of those guys that Rich first worked closely with (check out their first DIG video collaboration here) and we can't think of a better combination to make AK shine to his fullest. I mean these two have grown to be like fucking bike ninjas when they're filming. There's usually no photographer, no phones (if they do, then they'll be switched off inside their bags) and good luck trying to find those two in whichever city it may be. I mean last time we were in Japan (with Alex) we couldn't find him for two days until we randomly bumped into him while walking across Tokyo's busiest intersection. "Oh hey guys!" he said.  It's also no secret (thanks to that original DIG X Rich Forne video) that Rich has some astonishing know-how while riding a bike too so surely that can only help when it comes to documenting it in the very best way. They're two of the most interesting humans in BMX so it's no surprise they connected to produce equally interesting and beautiful videos together.

It depends what era of BMX you were brought up in but to a lot of people, including ourselves who were heavily influenced by motocross and the likes of Garrett Byrnes and Ruben, the act of sliding your rear tyre across a piece of architecture or skatepark could be one of the pinnacles of style and 'ooft' factor (our editor even lost an eye trying to tyre slide his was through 1993). Fast forward to today and AK is doing them on down-ledges, opposite on flat ledges midline and even double tyre sliding across things. The mad professor will no doubt be more than pleased!

AK says it himself, he started out a park rider. Not like that's a bad thing but there's too many people out there who would like to pretend that they've been in the streets since day one. Everything about this video screams "I'll do it my way", from AK's ever eclectic colour choices on his bike, to the choice of tricks, and even the Ben Thomas music that Rich has taken and mixed up so perfectly. Where's the hip hop? Where's the horrible curved two fingers in front of the eye gesture that informs us that you would probably prefer being known as coming from "the hood" and you definitely smoke more weed than us? Where's the self-indulgent filmer angles and multiple fist bumps? In the very early days of BMX 1970's mop-topped soft rockers Fleetwood Mac sang "Go your own way"... AK did just that. 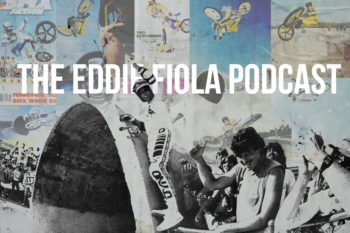 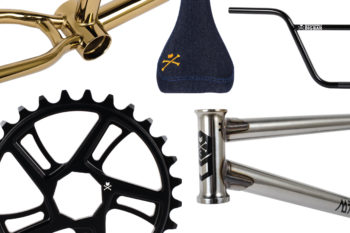