I wasn’t quite old enough to realize how good Brian Terada was when I began my daily Forward viewings. I feel like there’s a threshold as a rider, a point at which one’s truly capable of grasping how difficult a trick is. Before then a 180 bar looks just as difficult as a switch 180 switch bar. It’s all surface level. But once you’re out riding and learning new things, and make the slightest attempt to push to a much more difficult place, you realize it. It clicks. Holy shit, he spun the hard way into an over backwards grind! I saw his part entirely differentlyand wished it wasn’t so short!

A couple of years ago Andrew Jackson mentioned how he only rides with Brian. This was at least five years after stepping down from his sponsors and disappearing from the media (and he could not have cut it any closer to the internet age). I really didn’t know anything about Brian outside of Forward and some magazine stuff here and there, but I knew his status in BMX was solidified. So when I heard he could show us around while Chet and Dan were in LA for our DIG 'Scratch The Surface' trip, I got excited to see what he’s all about.

Brian is a natural talent*. Working full time and being a weekend warrior, he still can toss the bars out of anything. His confidence didn’t seem phased on anything we rode. And he was a solid personality. He drove five hours one day to show us a single ditch; the dude loves BMX. I couldn’t pass up doing a quick interview with him.

*Brian’s other hobby is fishing. While Andrew Jackson and Brian were out one day, a stranger stopped him. “You’re Brian Terada!” he said. Was this stranger a BMXer? No, a fisherman who’d heard of Brian’s fame!

Ok, for those who don't know, give us the basics

So which years were you riding professionally?

Who were your main sponsors back then?

WeThePeople, etnies, Primo, and I rode for Action Shoes at one time. I think that’s it.

How come you're no longer a Pro?

Aw man, that’s a tough question. I don’t really know how to answer. I just saw how contests were going and how people were training at Woodward and I just wasn’t into it. I was working at a bike shop part time dealing with customers and kids asking for free parts. I got burnt out on it.

So it was a conscious decision to transition from being a pro rider to having an outside career and BMX as your hobby?

Yeah, right now it’s just a hobby. I ride on the weekends with a couple of guys. That’s pretty much it.

Tell me about BMX in 1999. What was your mentality towards it?

At that time BMX was pure. I think it has changed since then. It’s more skateboard-style kind of stuff. There are a few guys out there today who still ride the same, like Van Homan.

How did BMX change during your career? What were you getting burnt out on? Was it the type of tricks, or the contests, or the media? The heavy traveling schedule?

Nah, I wasn’t traveling at all. Going to Metro Jams in the early stages was fun. They weren’t full of contest dudes; there were street guys. Then bigger-name pros began going to the contests and they kind of turned into box jump contests. I didn’t see Metro Jam like that.

What was the highlight of your career?

There were a lot of ‘em. Back then… ugh… I don’t really know how to answer this. Back in one of the Metro Jams I opposite over 180’d a flat rail that was pretty long and that I was trying to mess around on a foot high rail, but I pulled it at the Metro Jam and was super stoked on it. I think I was one of the first to do barspin to icepick; I was pretty stoked on that too.

Tell me about Forward. How long did it take and how did you film it?

I think filming for that took a couple of years. At that time I had a balls-to-the-wall attitude. I was healthy at that time and didn’t really care about getting hurt, because BMX was paying my bills plus I was working part time. It just made it easy on myself physically and mentally.

Yeah 2000, around that time. I just had a whole different mentality at the time.

Do you miss pro BMX life? While I was with you I got to see how you’re working a full time job and are riding on your own terms. Do you wish you had stuck it out like other pros in your generation, putting in work, and still be in it? Do you stand by your decision?

BMX now is all about filming video parts, and occasionally there are contests that some of the older guys go to. I feel like I can keep up with those guys in a way, but right now I just ride and have fun. I don’t know, I kind of wish I could be pro again in a way. 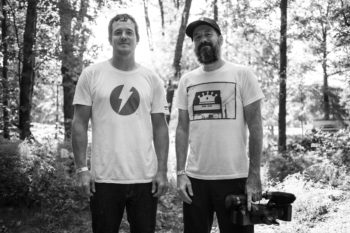 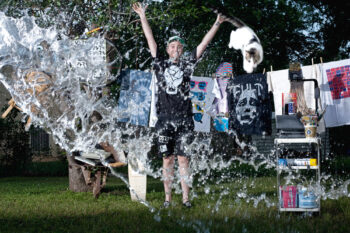